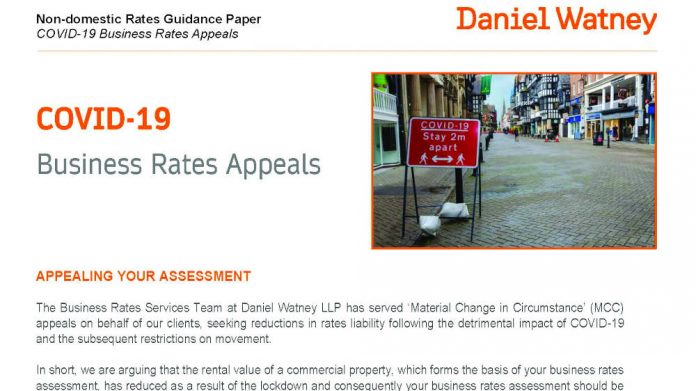 Government-led support of abandoned supply-chain companies remains conspicuously absent, but according to Bacta’s John White, business-owners should press their local councils (and, perhaps, the Valuation Office) as two means of potential relief.

Bacta has said that supply-chain companies within amusements trade should continue to press their local authorities for funding through their discretionary support programmes.

In a note to membership on Tuesday, the association once again reiterated that the “nonsensical ignoring of supply chains” remained one of Bacta’s “major complaints to government,” but insisted that councils who were denying funds to supply-chain firms were now doing so erroneously.

“Nigel Huddleston, DCMS Minister, confirmed last week on our call with him that councils have money to give precisely to businesses like yours that have missed out on other support,” remarked Bacta CEO John White. “Whilst a little support is now getting through, we keep pressing the case.”

Meanwhile, on the back of concerning new data which shows that amusements business (and suppliers in particular) are still being forced to pay the bulk of their pre-Covid running costs despite vast reductions in revenue, the body reported that it had yet to be successful in persuading the Treasury to cede on the ground of business rates support to the supply chain. But White was quick to highlight to members: that doesn’t mean supply businesses are entirely out of options when it comes to the potential on cutting down costs.

“You may have read press reports about ratepayers negotiating with the Valuation Office in England over rates reductions for premises (such as offices and warehouses) that are essentially unused during this crisis and therefore should be revalued downwards,” he explained. “Discussions were supposed to be confidential but the cat is now out of the bag, and whilst there is a long way to go – it does offer some hope of help for members.”

Indeed, White has directed the attention of impacted parties to an advisory note provided by the office of Daniel Watney LLP – which has a proven track record in filing “Material Change in Circumstances” (MCC) appeals.

A statement on behalf of the firm’s Business Rates Services team said that their litigators were now in the process of launching a wave of such appeals, but warned impacted business owners that “time is of the essence” – due to the fact that the Valuation Office will not consider retroactive appeals once Covid restrictions are lifted.

“We are arguing that the rental value of a commercial property, which forms the basis of your business rates assessment, has reduced as a result of the lockdown and consequently your business rates assessment should be reduced accordingly,” they said. “We can confirm, properties that did not benefit from the chancellor’s 100 per cent retail, leisure and hospitality relief scheme – namely offices and industrial premises – are being prioritised.”