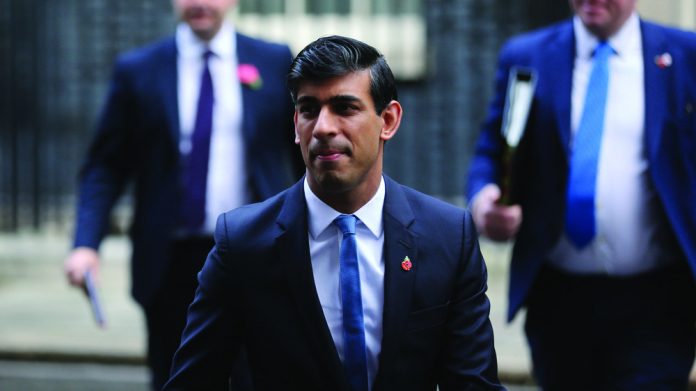 A letter from chancellor Rishi Sunak to the Catterick racecourse in his Yorkshire constituency suggests that the Treasury could oppose radical proposals which would limit betting losses to £100 per month per player. The idea of affordability checks seems as uncomfortable for the Treasury as it does broader society.

There are indications that the chancellor of the exchequer may push back against proposals to limit the maximum amount bettors are able to legally punt.

Advocates on behalf of the racing industry have said that the radical new proposal, which has been floated as part of the ongoing review of the Gambling Act, could devastate sector revenues: costing it at least £60m every year.

As part of the policy, which the Gambling Commission currently has put out under public consultation, punters would have to demonstrate that they could afford to lose more than a provisional monthly threshold of £100.

Racing trade figures have pointed to the fact that the timing of such a move could prove potentially fatal to racetracks throughout country: with pro punter Neil Channing going so far as to claim that “horseracing literally might not exist because of this.”

But according to the Racing Post, chancellor Rishi Sunak may be lending a sympathetic ear to these hard pushed racetracks: after the CEO of Catterick racecourse in North Yorkshire disclosed that he had written to Sunak on the matter, and had received an encouraging response.

“Catterick sent him a letter as suggested by the Racecourse Association because he is our MP and we had a very quick, very positive and friendly response saying that he would raise the matter and that he had contacted the secretary of state at the DCMS,” remarked head of Catterick’s John Sanderson. “It was a very, very positive reply from him indeed, I thought.”

“Affordability is a big worry as it is estimated to take £60m out of racing,” he continued. “That is a hell of a lot of money under any circumstances.”

Meanwhile, Labour MP Conor McGinn told The Sun that he had also been contacted by the racing trade – and was sympathetic to its plight.

“Like other MPs across parliament who have racecourses or racing interests in their constituency, I’ve been contacted by Haydock, who share a view across racing that some of the conjecture around affordability checks – if even anywhere near true -would be absolutely devastating for racing and its finances,” he said, adding that spending limits appeared “completely unworkable in the context of betting on horseracing.”

One senior figure within the racing industry has warned that – should affordability checks be implemented on the sector’s online market – then the scale of losses incurred by racecourses could be even worse than widely predicted.

The figure of £60m has been floated by a number of industry sources as the potential price-tag of the proposed controversial new measure: which would limit punters to a total loss limit of £100 every month – less than a standard sized Starbucks latte a day – unless they could show they have the means to sustain more significant losses.

But according to Arena Racing Company CEO Martin Cruddace, this figure is an “absolutely conservative” estimate – and has said that the true cost would likely be closer to an eyewatering (and unsustainable) £100m per annum.

“The headline is six or seven out of every ten horseracing punters will not go through these affordability checks,” he said. “We need to do everything we can to protect problem gamblers but we need to be very careful to not throw the baby out with the bath-water.”