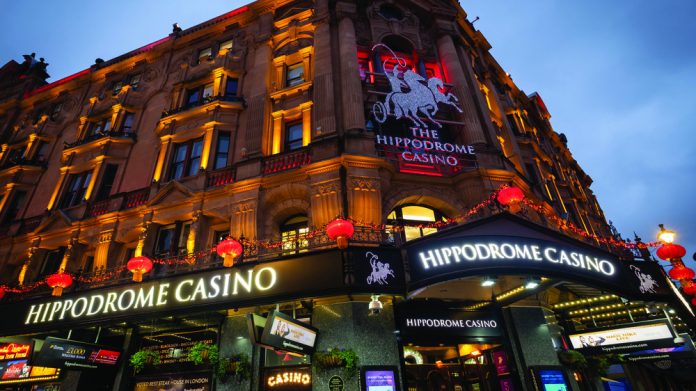 Research figures announced by London mayor Sadiq Khan have shown the size of the hit taken by the capital: one of the solutions that’s being put forward is to build the night time entertainment sector. Industry veteran Simon Thomas talks to Coinslot about the options facing the capital.

Central to the parlous state of the capital’s economy is the sharp decline in tourism spend which fell by £10.9bn in 2020 leaving sectors including the nighttime economy facing huge challenges.

Simon Thomas, chief executive of The Hippodrome Casino, the most popular entertainment venue in London, confirmed the impact of lockdown: “It’s been devastating” he told Coinslot. “At the point of the imposition of the last national lockdown (December 17, 2020) we were trading at 25 percent of previous normal revenue. Following the initial phase of the pandemic, revenues dropped 50 percent due to lack of domestic and international visitors to the West End.

As we are a 24-hour business with half our income post-10pm, the subsequent imposition of the curfew saw revenues drop another 50 percent especially galling when the Government’s own research showed less than 5 percent of virus transmission came from the hospitality sector.”

With central London contributing £38.7bn to the Treasury prior to the pandemic any extended slowdown will be felt across the country.

According to the research the impact is likely to produce bigger challenges in London than those faced by other major cities such as New York and Paris, due to fewer centrally-located residents and more reliance on visitors.

The Mayor of London said: “When London thrives, the whole country thrives, so supporting our city’s businesses to survive the coming months will be absolutely vital.

“With the right support from the government, more businesses will survive and contribute to what this report shows could be a rapid recovery, once tourists and commuters return in numbers.”

However, Thomas, whose business is at the coal face and speaks from practical hands-on experience, is scathing about the response not just from Sadiq Khan but from politicians per se. “The West End went from an economic powerhouse, feted by politicians and influencers and used as a stage to hail what the country does best, to a pariah where visits had to be discouraged. At any cost.” he stated.

“I would very much appreciate a full and frank discussion with the Mayor personally as to how best we can rejuvenate the West End.

But it’s vital not to overthink things and over-strategise. He must gather a team of people who actually work and trade within the night time industries and ask them what is required to shape any marketing and communications plan. We do this every night and know exactly what people are looking for outside our own businesses, and it’s an opportunity to shape things for the long-term with determination.”

For much longer than the decade I’ve been in Leicester Square, politicians have been talking about London needing to be a 24-hour city, to put it truly on the world stage, but I have possibly missed the five minutes they spent discussing it and the £14.80 marketing spend backing up their proclamations. We need substance to back things up.

“It’s the right thing to do, but I fear there’ll be a hornet’s nest of opposition which will overwhelm the process. Finger’s crossed they can do it this time and we will support in any way we can.”

Economist Matthew Dillon, told City AM: “The impact of Covid-19 on central London has been severe, and without urgent action, there is a risk of significant scarring to the capital’s vibrant and diverse culture and leisure sectors.

“With targeted interventions now, these hugely valuable industries can receive a much-needed boost, and help assist in London’s and the UK’s recovery.”

An evangelist for the night time economy Simon Thomas concluded: “It (the night time economy) is crucial. It is a complex ecosystem, with all parts inter-reliant. When people come to London, the vast majority of visitors will obviously shop, eat and drink, but for many the true focus of their visit will be an experience at a theatre, nightclub, casino…a world class, nighttime event.

“The range of the nighttime offering in the capital is vastly under-rated, as is its power to draw people here. We are undervalued in terms of London’s reputation, as an employer, as a reason to come. This has to change.”