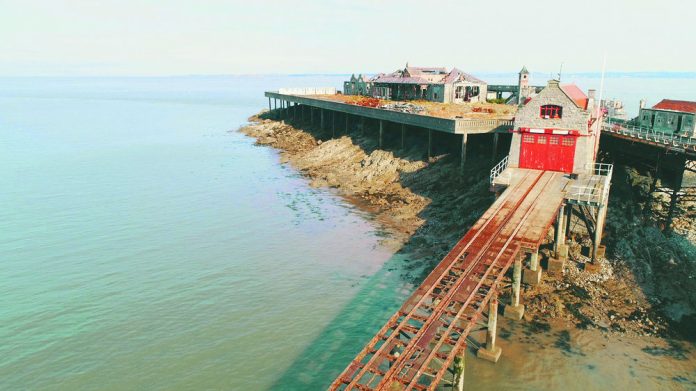 Pursuant to a High Court decision which decreed that CNM Estates must find a new owner for Birnbeck Pier, the development company has indeed sold the property – to a new iteration of itself.

Weston-super-Mare’s troubled Birnbeck Pier has come under new ownership…in the form of its previous owner. A hearing in December between CNM Estates, which purchased the pier in 2012, and one of its former investors saw a High Court judge decree that CNM must find a new owner by January 22 – or else forfeit its control of the crumbling Victorian structure to the Royal National Lifeboat Institute (RNLI), which has historically maintained a presence on Birnbeck Island.

But news broke this week that CNM chairman Wahid Samady had indeed found a new buyer for the pier: another company at which he sits at the helm.

Apparently the former attraction, which has been closed to the public since 1994, is now under the control of Birnbeck Holdings Ltd: a new company set up and owned by CNM Estates.

“The company intends to start work on the vital repair and the redevelopment of the site without the hindrance of historical litigation.”

The spokesman went on to add that the RNLI would be “provided with space reasonably required to meet their operational needs for life-saving,” but that it would expect the charity to chip in for the cost of any and all onsite repair work.

For his part, Samady seemed keen to draw a line under the continuing litigation regarding the pier’s control.

“I am delighted that all the distracting background noise has now been removed and that we can now focus on delivering an exciting new vision for Birnbeck Pier and Island,” he said.

All well and good, but North Somerset Council isn’t letting CNM get off that easily. A spokesman for the local authority said that its own effort to attain a compulsory purchase order (CPO) to wrest control of the pier will continue, citing its concerns over what it alleges has been Samady’s long-term neglect of its structural integrity.

“Although Birnbeck Pier has changed ownership, the director is the same individual who has owned the historic structure for over a decade, and we remain deeply concerned that he has neglected the pier to such an extent that Historic England has put Birnbeck at the top of the National Buildings at Risk Register,” said the council. “We remain convinced that the CPO is the best way forward to restoring the pier and, working with Historic England, getting the RNLI back on the island to do what they do best, saving lives.”