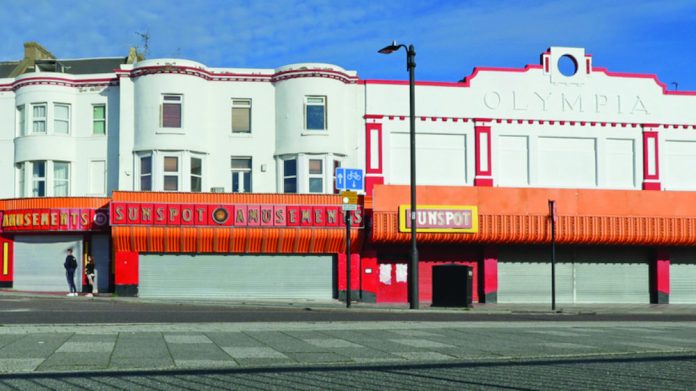 With the UK’s vaccine programme now in full-swing, Bacta’s chief executive John White has argued that the government should treat amusement stakeholders “like grown ups” – by giving them some idea when they might expect to welcome back customers.

The head of the amusements trade association has renewed his criticism of government over its continued refusal to project when lockdown restrictions are likely to be lifted.

In his weekly update to members, Bacta’s chief executive John White said that he had joined the rest of the industry in “examining the daily figures,” in order to be ascertain “when we can plan to open.”

“Unfortunately, things are not clear and government doesn’t help,” he said, adding that a swell of voices throughout the business sector were now “bemoaning the lack of plans.”

“I would like government to treat us as grown-ups and set out what the thinking is,” he remarked. “We all all know plans will alter according to circumstances – so tell us what you will do in those cases. We surely know enough now for those to be sensible.”

In the meantime, White insists that Bacta is maintaining the pressure on the devolved governments to ensure amusement stakeholders receive their due.

“Our lobbying of the Scottish, Welsh and English governments is ongoing, in so much as that we have made a budget submission touching on our key asks in relation to business support, a VAT rate of 5 per cent for seaside businesses and the need to support the supply chain,” he explained. “We continue to press for AGCs to be rightly acknowledged as nonessential retail, and have just secured a meeting with the Treasury to discuss VAT.”

In the case of Scotland in the specific, White was keen to hear from single site operators who have been refused support by the local authority. White’s call for any and all correspondence from Scottish councils follows on from a meeting with Scottish government officials in which the prospect was raised for a bespoke discretionary support fund to be created on behalf of impacted arcades: in line with similar schemes Holyrood has put in place in recent weeks for other sectors.

As for Wales: White’s patience , already wearing thin, is near skeletal with the contradictory messaging coming out of Cardiff: pointing to Monday’s session of First Minister’s Questions, in which Welsh premier Mark Drakeford dodged a question put to him regarding the continued lack of funding available to Welsh arcades.

“His reply was as usual to say how well the Welsh government was doing in supporting business and all legitimate and legal businesses that met the eligibility criteria would be supported,” observed White. “Hmmm…. what does he think we are then?”