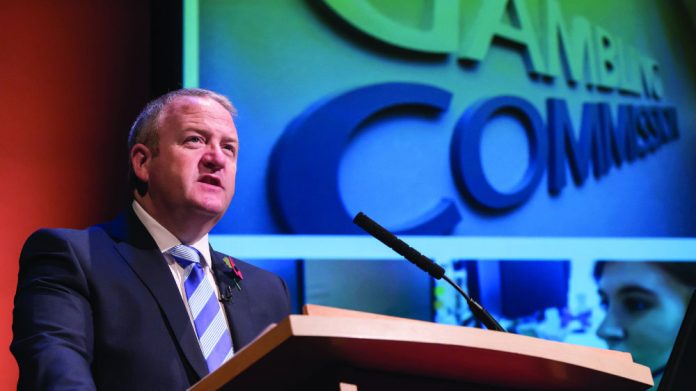 The regulator’s Neil McArthur claims a recent industry-backed report intentionally misleads legislators on the threat of unlicensed operators – in an effort to mitigate the prospect of tightening regulation.

The Gambling Commission has accused the industry trade chiefs of overexaggerating the threat presented by black market operators, in an effort to deter punitive legislative overhaul in the ongoing review of the UK’s gambling laws.

The woksitas at The Guardian seized upon the news that Commission CEO Neil McArthur had taken aim at a new report – commissioned by the Betting and Gaming Council and compiled by accountancy firm PWC – which he said raised concerns which were “not consistent with the intelligence picture” regarding unlicensed actors in the UK market.

“We know that licensed operators and their trade bodies are concerned about the impact of the illegal market, but our own evidence suggests that the impact may be being exaggerated,” he wrote in a letter to the APPG on gambling-related harm.

In an apparent reference to the recent PWC paper – which was also funded by several major betting companies – McArthur said that black-market concerns should be kept in proportion “despite reports from consultants paid for by the industry… and should not distract from the need to continue to drive up standards and make gambling safer in the regulated market.”

“In any event, we are not convinced by the argument that suggests that raising standards in the licensed market will prompt consumers to gamble with illegal operators,” he added.

On the other end of the letter meanwhile, APPG head Carolyn Harris MP was evidently convinced by McArthur’s argument, making the (slightly melodramatic) allusion between the PWC report and that of a “dodgy dossier” – the reference long associated with the report to justify the UK’s involvement in the 2003 Invasion of Iraq – a somewhat ironic phrasing given the linguistic context of exaggeration.

“The online gambling industry talks up the threat of the black market in an attempt to resist regulation and protect its profits,” she remarked. “But trying to hijack the debate by manufacturing dodgy dossiers of information to further their own ends is an incredibly transparent tactic and will not be any kind of excuse to hold down standards.”

However, in defending the report, a BGC spokesperson countered that international market evidence clearly demonstrated that increased levels of regulation corresponded with a grow in unlicensed activity.

“We have repeatedly called on the government to use the online harms bill to crack down on access to these sites,” they said. “We would support financial service providers being obliged to block black market transactions.”

So what did the trade body say?

The Betting and Gaming Council has unveiled an animated video highlighting the regulated industry’s safer gambling record as well as its contribution to the economy and sport.

The campaign also warns against the “unintended consequence” of the Government’s Gambling Review driving customers towards the illegal, online black market. The animation, which is 3 minutes and 40 seconds long, says using the regulated sector is “a safer bet” than unlicensed companies overseas. It says that the UK is “one of the safest places in the world to place a bet” and that the regulated industry is committed to going even further to protect customers.

“As the standards body for the regulated industry, we have strongly welcomed the Gambling Review,” said Michael Dugher, the BGC’s chief executive. “However, it is vital that it does nothing to drive punters towards the illegal, online black market, which has none of the protections in place that the regulated industry does.

“This animation powerfully sets out the steps we have taken – and continue to take – on safer gambling, while also highlighting the immense contribution that the regulated industry makes to the economy and the country’s most popular sports.

“It clearly demonstrates that the regulated industry is a safer bet.”