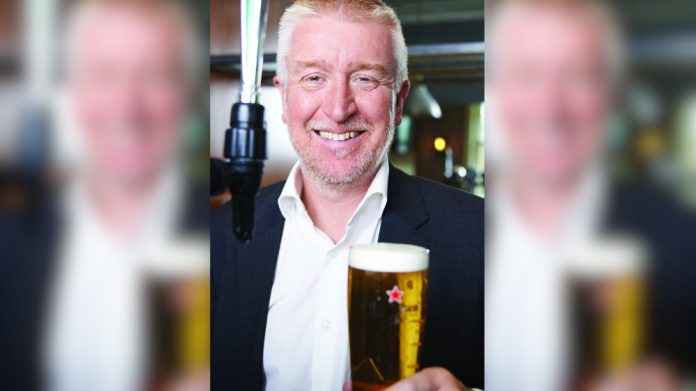 Heading up Admiral Taverns, Chris Jowsey has called many of the government’s concessions to hospitality “useless” in the fact of extended closure – and called for a timetable towards reopening synchronised with that of other non-essential retail.

Pubs should not have to wait until May before they’re able to re-open: that’s the assertion of the head of one of the UK’s major pub companies. In interview with trade paper the Morning Advertiser, Admiral Taverns CEO Chris Jowsey said that the government’s recently unveiled support measures for the hospitality industry were “welcome but insufficient,” and argued that the vaccination timeline allowed for pubs to open in tandem with the rest of the high street.

“I just don’t believe we need to stay closed until May to be honest,” he remarked. “The facts and evidence prove pubs are safe places to socialise. We have gone to such a lot of effort to make sure they are Covid-secure…[so] I can’t see any reason to keep them shut longer than other non-essential retail.”

Indeed, in terms of the backdrop to reopening, Jowsey was optimistic as to the pace of vaccination roll-out: as well as the fact that the “peak” of cases had already come and gone.

“If you look at the speed – so far, fingers’ crossed – of the vaccination rollout, it’s really important we get those most vulnerable protected, and we can go back to more open trading,” he said. “I can understand the need to keep things very controlled while we have got a lot of hospitalisations going on currently, but hopefully that will begin to flatten out very soon.”

The pubco chief estimated that the country would see a steep decline in case numbers in the coming weeks, to the extent that nonessential retail would likely reopen in “March, or if not the beginning of April.”

Jowsey insisted that other support measures pledged by the government are “useless” without the chance to trade at the earliest opportunity – pointing to the fact that the majority of Admiral pubs had received the lowest available grant amount (£4000) and would be unable to cover overheads beyond eight weeks.

REILLEY CALLS OUT GOVERNMENT FOR “TARRING BLAME” ON HOSPITALITY (AGAIN)

The Department of Health and Social Care tweeted out a graphic urging the public not to “let a coffee cost lives.” “If you’re getting a takeaway coffee, remember to wash your hands, cover your face and keep your distance,” read a caption.

Reilley, who co-founded the Loungers brand, said the image was “sadly predictable,” going on to retweet pub landlord William Lees-Jones who called it “unhelpful scaremongering.”

The comments feed of the government’s tweet also shy on derision. “Hospitality has been closed for months so we can’t blame them for continuing transmission,” tweeted on user – interpreting the mindset of the health office. “How can we shift focus to hospitality again rather than where the issues are?”