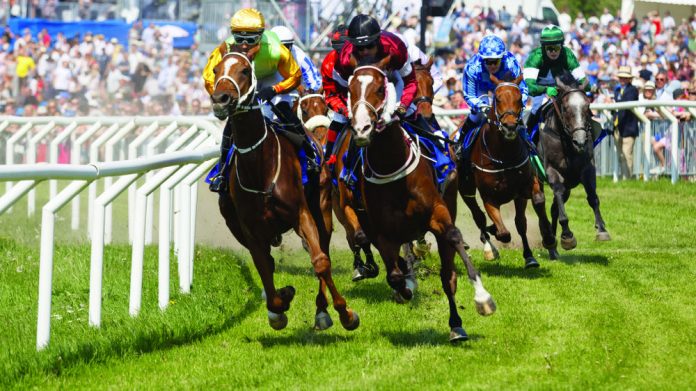 Criticism of the Gambling Commission’s controversial proposal to introduce affordability checks is mounting with horse racing and the land-based sector both voicing concerns regarding the direction of travel.

The Gambling Commission has shed more-light on the financial framework being envisaged for the potential and highly controversial affordability checks that it has put out for consultation.

Responding to a lobbying campaign conducted by horse racing and targeting the 59 MPs with courses in their constituencies, the Guardian newspaper reported the Commission as outlining the framework for affordability stating that a monthly loss of £2,000 would be regarded as being unrealistically high while £100 would probably be the lowest possible threshold.

The nature of what would in UK terms represent an unprecedented state intervention in the population’s choice of expenditure on a legal leisure pursuit, has resulted in the Commission extending its deadline for feedback to 9 February having experienced what it describes as “high engagement” since the consultation began in November.

The letter to MPs claims the affordability proposals will trigger a £60m loss to horse racing’s struggling finances as a result of reduced Horserace Betting Levy and media rights income. Calling for a root and branch rethink, the letter to MPs argues: “The Gambling Commission’s proposed action would be disproportionate to the small number of people who suffer harm from betting on racing, as well as being a very significant invasion on personal liberty in the free society in which we live. At a time when racing and the British economy are trying to recover from Covid-19, a rushed intervention like this would also significantly set back recovery.”

The Guardian reports a Gambling Commission spokesperson as saying “Our consultation proposes that the Commission sets firm requirements to ensure consistent standards. But we want to have an open discussion with the gambling industry, consumers, people with lived experience and other stakeholders, to ensure we strike the right balance between allowing consumer freedom and ensuring that there are protections in place to prevent gambling harm.”

Coinslot understands that while the focus for the consultation is currently on the online sector, there is increasing concern that the Commission’s thinking and current direction of travel could represent a potential threat to all parts of the business including AGC, bingo, pub, LBO and casino. An industry executive confirmed: “The Commission is entering unchartered territory that’s full of important ethical and practical issues. The idea that the state should be able to impose spending limits is a huge issue: the ability to impose and police the limits is another.

“Anyone in the landbased sector who thinks that this approach and mindset will not similarly be applied to their businesses at some time in the future is being naïve in the extreme. All aspects of how affordability checks would operate, their implications as well as the broader ethical issues must be thoroughly debated. I believe the only affordability checks operating in the UK relate to the financial industry which is far removed from our sector.”