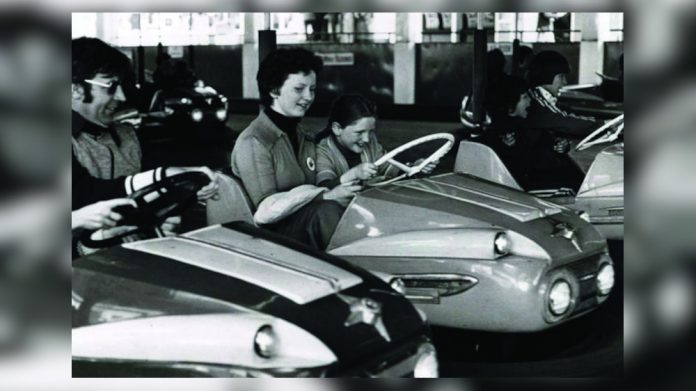 As Southport Pleasureland nears its 100th birthday, the Liverpool Echo has celebrated the park’s iconic place at the heart of the town, as well as its bright future.

As Southport Pleasureland undergoes preparations for its upcoming centenary, the town were given a trip down memory lane as the local press looked back on 100 years of the iconic seaside attraction.

Recalling Pleasureland’s history “from the House of Nonsense to the Traumatizer,” the paper detailed the highs – and lows – of the Southport landmark.

“Back in the 1920s the park boasted penny slot machines, photo booths, stalls and sideshows alongside thrilling rides such as the Helter Skelter Lighthouse, Maxim’s Captive Flying Machine and the River Caves,” reported the Echo.

“There were machines which read palms electrically, too, as well as human fortune tellers to be found amongst the stands. By 1937 the park’s first roller coaster had arrived, the Cyclone, but just two years later war broke out.”

Pleasureland spent its war years as a base for covert plane assembly after being requisitioned by the government, but by the 1950s, the park was back enjoying substantial visitor numbers, with Sunday opening introduced to meet demand.

However, despite the appeal of rides such as the Haunted Swing and the Flying Saucers Big Wheel, the popularity of the park waned as seaside resorts suffered increasing competition from the rise of low-price package holidays.

By the early 2000s, the park was derelict and closed to visitors completely, with its famous big dipper smashed up alongside the rest of the rides, and any hope that the one-time seaside favourite could be restored all but abandoned.

“Since those dark days the Victorian seaside park has enjoyed an amazing renaissance, becoming the town’s biggest employer and – before the pandemic struck – bringing in more than half a million visitors a year.”

“This is largely thanks to businessman and tourism entrepreneur Norman Wallis, who took over the fairground in 2007 when, in his own words, it was a “blackened and burned out husk.”