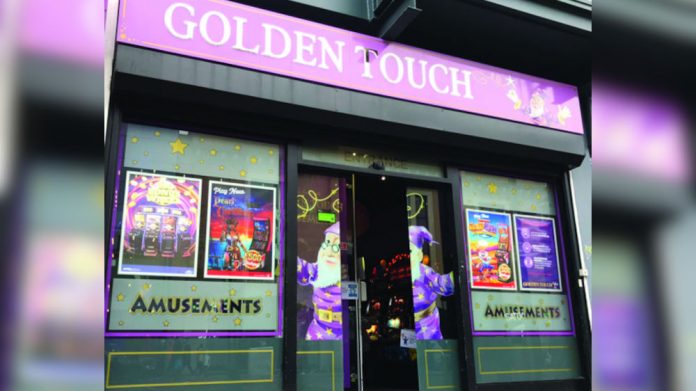 Continuing the series of features on sectors within the industry, Coinslot turns its attention to the independent AGCs and their unique set of problems during the Pandemic. Steph Norbury talks to operators Neil Finch and Jason Frost about the challenges..

As we get further into our third lockdown and cases of Covid continue to rise, the striving to reopen is replaced with a resignation to see this situation out, so that the next reopening can be for good. For AGCs, as with other public-facing businesses, the constantly shifting legislative landscape has made life almost impossible over the past 12 months. We catch up with Neil Finch, managing director of Southern City Leisure and Chairman of Division 3 of bacta, and Jason Frost, managing director of Phoenix Leisure Cornwall and President of Euromat.

Neil Finch sums up the situation: “Since this pandemic has swept around the world causing death and destruction to economies everywhere, respective governments have had to make extremely difficult decisions between saving lives and saving businesses, this is the biggest challenge we will ever have to endure as a generation.

“I fully accept that measures have had to be put in place to try and protect the public and prevent the spread of the virus but decisions have been made based on poor evidence and the lack of knowledge of our sector. All the way through this pandemic, the Government, councils and DCMS has failed to decide where we fit in, are we non-essential retail? Are we indoor leisure, or are we hospitality? No-one seems to know! As a result of this lack of understanding and clarification we have endured unnecessary closures and restrictions.”

Before we entered lockdown at the start of 2021, this situation was illustrated by the fact that LBOs were able to open under Tier 3 while AGCs on the same high streets were not – a situation which Jason Frost describes as “absolutely ridiculous”.

“It’s not that I have an issue with LBOs being open as such, but rather why AGCs are not allowed to open,” adds Finch. “AGCs offered to implement the equivalent measures as LBOs – but DCMS turned us down. My customers do not understand why they can play the very same machines in LBOs but not closed AGCs.”

Certainly, it is not based on the science, as Jason Frost explains. “We have put in place all Covid measures, including hand sanitisers, screens, staff training, track and trace and an enhanced cleaning regime that requires all machines to be cleaned more regularly and before and after a customer has used the machine.”

Finch agrees. “We have exceptional Covid security measures in our venues but our voice doesn’t seem to be heard,” he noted. “I really worry that this will be the death knell for many longstanding stalwarts of the high street and yet more jobs and livelihoods unnecessarily lost.”

Like many trying to keep businesses afloat since the pandemic hit, both Frost and Finch have been most frustrated by the lack of clear messaging from the Government.

“The information has not been consistent, and this does not help people feel confident, one minute it’s Eat out to Help out and the next it’s don’t go out!’ says Jason Frost.

“Before Christmas we moved into tier 4 in London and the South East, yet only two days before we were in Tier 2,” adds Finch. “So, I had 50 percent of my venues closed in and around Portsmouth, the other 50 percent some of which are only 5 miles away remained in Tier 2 and open. To say there is confusion about who can do what and go where is an understatement.”

It’s also the classification of AGCs, during this period which has been frustrating for operators. “Under Tier 3, AGCs are the only business in the government’s own guidance for shops and branches to be forced to close. We are the only business on many of the country’s Tier 3 high streets that had to close. I fully support the need to take stringent measures against the virus but how can it be safe to visit crammed shopping malls, department stores, close contact hairdressers, gyms and betting shops – but not AGCs?” asks Finch.

AGCs being caught by the curfew is equally impossible to understand. “We do not serve alcohol or allow people who are intoxicated to enter our premises, so why were measures which were clearly aimed at pubs, also aimed at AGCs?” he continues.

Of course, there is no precedent for the events of the past year and Neil Finch appreciates this, however, it’s not the regulations themselves that have been the most frustrating but the way they have been brought in.

“Whatever decisions and initiatives the Government makes will not please everyone and will always draw criticism,” he says. “The problem has been that prior to implementation many of these ideas had not been fully thought through. Much of the anger regarding new measures, benefits and restrictions being brought in was not about whether they were wrong or right but because they were unfairly implemented.”

“The initiatives that have been unfair and very damaging to our sector have been the lack of a similar reduction in MGD to that of VAT which has been reduced to 5 percent, the difficulty that some operators have experienced in trying to get loans from banks despite the Government offering to guarantee them and as previously mentioned the unfair closures within Tier 3,” he points out.

The only positive initiative from Government both operators agree has been the furlough scheme, which has been extended to April 2021. Despite this, jobs have had to go. “Unfortunately, we have had staff leave rather than have to make redundancies and we have not replaced those staff,” says Jason Frost.

“Like most AGC operators, I have a number of venues that open 24hrs a day, to service the evening economy but when the nighttime curfew was brought in (yet again for no justifiable reason) I had to make 30 percent of my staff redundant,” noted Finch.

One of the other most worrying factors in all of this is how it will affect customer confidence. “We have seen some of our regular customers return between lockdowns but also there are quite a few we have not seen,” said Frost. “This is mainly because they are afraid to come out, particularly the older clientele. In general, however, it is clear the customers want to come in and the feedback that I have had is the measures we have in place have made them feel secure and comfortable.”

“I was initially worried that after three months of lockdown last year, we wouldn’t have many customers returning,” thought Finch. “I was extremely concerned that a lot of them would have been tempted to play online by the many offers sent to them, upwards of £40-£50 in free spins just for signing up.

“However, what I discovered – as did many other operators when we reopened – was that customers were keen to come back. We in the AGC sector provide a hygienic, sanitised, controlled, friendly environment where customers can play safely in the knowledge that we have measures in place to protect them and prevent their gambling from getting out of control. This is the message we need to get across to politicians, that our businesses provide a place of sanctuary for many people and pose very little harm in comparison to other forms of gambling.”