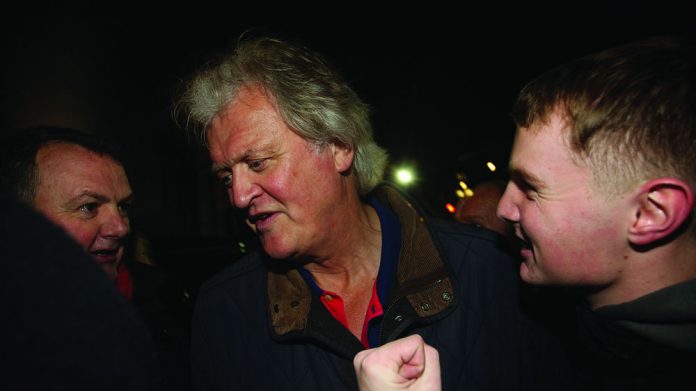 The chief executive of JD Wetherspoon has stepped up his criticism of the UK’s response to Covid-19 – denouncing government narratives on the pandemic as “propaganda,” and calling for a “proper debate” on how the country proceeds in face of the virus.

Responding to the onset of Lockdown 2.0 over the Christmas period, Martin said that both politicians and the public should “reconsider the evidence regarding lockdowns,” and pointed across the North Sea to Sweden as an example of likely health outcomes in the absence of draconian restrictions to public life.

“Sweden, which did not impose a lockdown, has had fewer Covid-19 fatalities per capita in recent weeks than the UK,” he argued. “Adjusting the Swedish fatality rate for population, it is approximately 27 per cent less than the UK’s.”

Martin went on to say that statistical comparisons between the UK and Sweden were “freely available” online, but that they were “often seemingly ignored or misreported.”

Another beef Martin had with the government’s restrictions was that they continue to be based on the modelling of the Imperial College model: which forecasted that without locking down, Sweden would suffer 88,000 fatalities to the virus.

“The outcome has been less than 10 per cent of this number,” said Martin. “Given the huge scale of job losses in the UK, especially in the hospitality industry, and the widely reported ‘collateral damage’ to health, there should be a proper debate on this subject, rather than reliance on politicised government propaganda and statistics.”

Martin isn’t the only prominent hospitality stakeholder to criticise the government’s stance on Covid. Brighton Pier Group owner Luke “Coolhand” Johnson has also been a vociferous critic of lockdown – going so far as to claim last May that Covid-mitigating policy would “very soon be causing more deaths than the virus.”

“There’s a real risk that millions of people in the private sector are going to see their careers demolished, and I think that really matters,” he argued. “People say this is putting economics over our lives, but unemployment can kill people.”