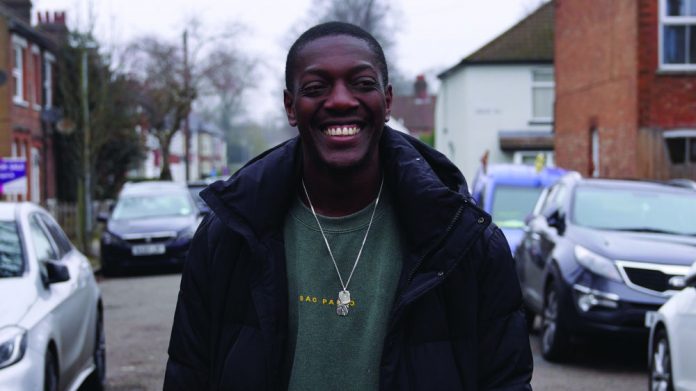 The Young Gamers and Gamblers Education Trust has set itself some ambitious goals in recent years and now it’s signed up former Premier League striker Marvin Sordell to join its committed and talented team.

The Young Gamers and Gamblers Education Trust has announced its first ever charity ambassador, former England Under-21 footballer Marvin Sordell.

Sordell joins the YGAM team following a successful career in professional football playing in the Premier League for Bolton Wanderers and Burnley. The striker also represented Watford, Coventry and Burton Albion as well as being selected to play for Team GB during the London 2012 Summer Olympics.

Last year, he shocked the football world by announcing his retirement from the professional game at the age of just 28 citing his mental wellbeing as a major factor behind his decision. Since his retirement in 2018, he has set up a number of businesses and helped raise awareness of issues related to mental health in football. Sordell has been involved with the charities CALM and linked up with HRH Duke of Cambridge as part of the national Heads Up campaign led by the FA and Heads Together.

Sordell will support YGAM on a voluntary basis to provide valuable insight to inform their education programmes with a focus on mental health.

Speaking about the announcement, he said: “I’m delighted to become an ambassador for YGAM. This is a fantastic charity led by some inspirational people in Lee, Anne and Keith. I joined the YGAM away day a few months ago and I was blown away by the passion and enthusiasm of everyone that works to deliver their education programmes.

“It’s amazing to see teachers, parents, youth workers and people with lived experience come together to safeguard future generations. It is very pleasing to see education around mental health form such a pivotal part of their resources. I’ve also been really impressed with their collaborations with football club community trusts and I’m looking forward to supporting their great work.”

Lee Willows, chief executive of YGAM, said. “This is another proud moment for the whole YGAM team. Marvin is an inspiration to many of us and he has done more to raise awareness of mental health than any other footballer. Lived experience is at the heart of the everything we do and Marvin brings a very authentic perspective to our work around mental health.

“His superb career in professional football followed by his inspiring work since retiring means Marvin also brings an admirable network that will benefit the charity enormously as we continue to grow our reach and impact in several new areas. The YGAM team have been so impressed with Marvin and we are all very excited to be working with him. I can’t think of a better person to become our first ever ambassador and I’m delighted.”

Sam Starsmore is an education manager at YGAM and interviewed Marvin to celebrate the announcement. Starsmore himself battled with an eight-year gambling addiction before finding support and treatment in 2017. His role now involves delivering specialist training to sports clubs and National Citizen Service delivery partners to help them identify signs of harm among young people.

Welcoming Marvin Sordell to the YGAM team, he said: “I have followed Marvin’s story for the last 12 months since he retired and he has certainly been an inspiration to me personally. There is no doubt whatsoever that there will be people who are suffering in silence who will listen to his journey and they will speak out. I can’t wait to work with Marvin and for the charity to benefit from his profile and insight. It’s amazing and the meaningful impact we will achieve is why I come to work every day.”