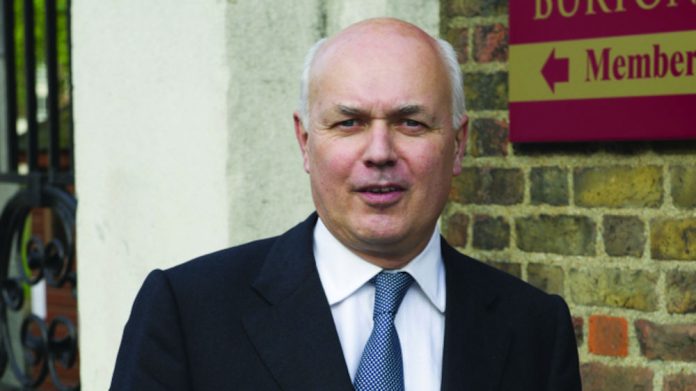 Sir Iain Duncan Smith has called on ministers to make “bold moves” in its review of the Gambling Act – including getting rid of the gambling watchdog altogether. But the industry will do well to beware: for IDS, bold often means ban when it comes to gambling.

Former Conservative party leader Sir Iain Duncan-Smith has suggested that the government should use its review of the Gambling Act to ban VIP online betting schemes, and to scrap the Gambling Commission altogether.

Writing for Politics Home on Monday, the Tory backbencher and Gambling Related Harm APPG member said that the review process presented ministers with the opportunity to “make bold moves and urgently prevent any more devastation to peoples’ lives.”

Duncan-Smith went on to argue that since the passing of the Gambling Act in 2005 the profits of the gambling industry had “grown exponentially…extracting most of their money from those who are most addicted.”

The former leader of the opposition then went on to point a finger at betting VIP schemes, labelling them as some of the “most pernicious aspects of gambling,” in so much as they “deliberately force gamblers into high levels of debt.”

Duncan-Smith said he favoured the idea of such schemes being “banned outright,” with that fate to be shared by none other than the gambling regulator itself.

“The government should also use this opportunity to not only review the powers of the Gambling Commission, but to be rid of it altogether and instead institute a regulatory body that independently monitors the industry,” he remarked. “Now is the time to make bold moves, to make sure we get proper control and that the abuses and the addiction end.”

“This time the government must be clear: the industry is in dire need of a reset,” he continued. “The gambling industry must be made to understand the extent of the responsibilities it holds in order that the public can be better served.”

The Chingford and Woodford Green MP then went on, somewhat bizarrely considering the ongoing pandemic, to label gambling addiction as “a public health crisis of our time.”

“The government must not hold back from much needed and radical reform,” he surmised. “It must act quickly to prevent any more devastation to peoples’ lives.”

Iain Duncan-Smith wasn’t the only anti-industry voice calling for a major clampdown on gambling last week: Clean Up Gambling founder Matt Zarb-Cousin also said that upcoming legislative changes would require industry stakeholders to suffer “a bit of humble pie.” “They need to accept that the public are not on their side and either accept that there is a problem – not just a public relations problem, but a problem with how the industry operates,” he told the iGaming Business podcast.

Zarb-Cousin, who is a self-confessed reformed gambling addict himself, held to the view that regulatory overhaul was actually more popular with the public than with lawmakers themselves.