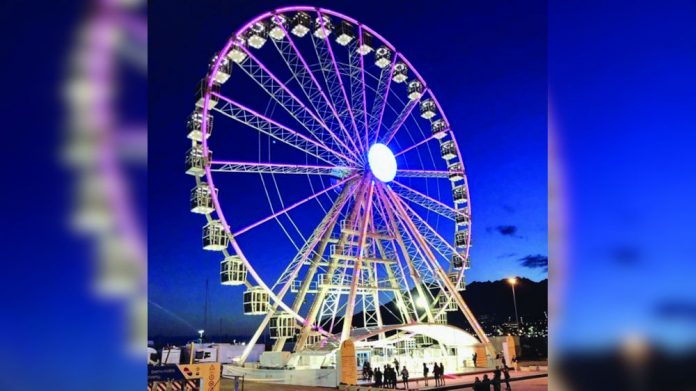 Clacton Pier and Clacton Pavilion have both entered discussions with the district council in order to site a new observation wheel in the coastal town. The pier’s Billy Ball says “Clacton must continue to aim high,” but neighbour Billy Peak believes he will deliver the premier attraction.

Clacton Pier has begun discussions with Tendring District Council’s planning department to install a new observation wheel on the landmark, highlighting the beneficial impact the visitor attraction could have on the town’s economy.

The proposal comes on the back of talks with major European ride manufacturers, and outlines plans for a 40m-high wheel to be located on the pier, providing views right along the Essex coast and boosting the seafront’s appeal.

“Observation wheels have become an iconic addition to many cities and seaside towns and appeal to all ages, being financially beneficial to not only the operator but the wider local economy,” said pier director Billy Ball.

“Wheels are a great blend of nostalgia, romance, and the modern age of social media. Several offer romantic packages including champagne and chocolates and are popular sites for marriage proposals. Clacton must continue to aim high if we are going to flourish as a destination and this will certainly be right up there.”

Outlining the plans, Ball added that the attraction is one that he and his brother, Elliot, have wanted to provide since the family took over in 2009.

“It is an ambition and something we have thought about over many years and now we feel the time is right to try to achieve it. Talks with various companies and TDC are the first phase of the project and we can move forward from there if they are successful.”

“We are looking at a wheel that would be akin to those seen in many major cities around the world and would provide a fantastic view of the coastline. This would be in one direction along the wonderful beaches recently revamped by TDC and the other way towards the golf club.”

“A lot has been done by both the public and private sector to improve our seafront which is now one we can truly be proud of again. We need to make the very most of what is a jewel in our crown.”

Clacton Pavilion has announced that it has been working with the local council to install an observation wheel to mark the resort’s 150th anniversary next year. Its neighbour Clacton Pier has also announced plans for a big wheel, and it looks as if the two operators are set for a battle of the big wheels on the Essex seafront.

As it stands, the Pier’s proposed wheel is 40 metres high, whereas the wheel Clacton Pavilion has “currently under construction” is 30 metres high.

But size doesn’t always matter. The Pavilion said it has been working with Tendring Council and a globally renowned manufacturer over the past few months, with a launch party being planned for the new year.

“We feel this will be a premier attraction for Clacton and really puts us in a similar position with the other major seaside towns that operate these wheels such as Bournemouth, Great Yarmouth, Portsmouth, Torquay and Eastbourne,” said Billy Peak, director of the Pavilion.

“Discussions for a new attraction celebrating the 150th anniversary started in the summer with planning for a giant observation wheel and we are now pleased to announce planning permission was approved after an extensive review from civil engineers, surveyors and the council.”