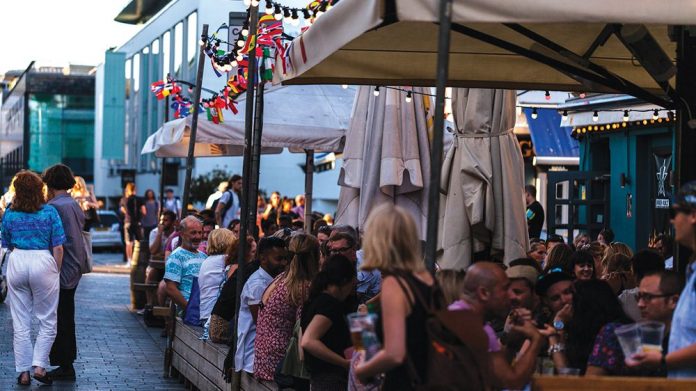 A survey conducted by leading trade bodies paints a depressing picture for the future of pubs and hospitality punctuated by mass redundancies and business closures. Rishi Sunak beware.

The scale of the challenges facing the sector have been put into sharp focus courtesy of an industry wide survey conducted by trade bodies UK Hospitality, the British Institute of Innkeeping and the British Beer and Pub Association which predict mass redundancies and permanent closure of venues across the UK.

The findings, from what is the second survey of members drawn from all three trade associations conducted by hospitality market research company CGA, paint a catastrophic picture, as the new three Tier system comes into force.

More than three quarters (76 percent) of businesses were loss making and, worryingly, the grave outlook revealed by the survey reflects views largely canvassed before the full impacts of the tier system were announced, and so are likely to be an under-estimation of the acute difficulties of the sector’s immediate prospects.

The survey predicts that by February 2021, over 750,000 jobs will be lost against employment figures from February 2020. Nearly half of respondents believe that the restrictions in place will reduce their turnover by at least 50 percent this winter. The prediction for total business failure by the end of 2020 is now estimated to be more than 1 in 4. Over 50 percent of businesses are now expected to fail before the end of Q1 in 2021.

The situation has been exacerbated by changes to the Job Retention Bonus in which the Government said it would pay £1,000 for each furloughed employee retained until the end of January. Its’ deferral, in line with the extension of furlough through to March 31, has meant that employers, the largest of whom were in line to receive seven figure sums, will have to revisit projections potentially jeopardising financing deals with lenders.

Industry leaders believe the decision has materially damaged business’s ability to survive, creating a £2.1bn black hole in the sector’s finances in February. In some cases, the bonus has already been spent on retaining as many staff as possible.

The trade bodies are urging Government to urgently rethink the support offered to hospitality businesses across all tiers, to avoid unprecedented levels of unemployment and business failure across the sector.

They contend there must be an immediate, sector-specific extension of the Jobs Support Scheme with no employer contribution until restrictions are lifted for all tiers; Government Disruption Grants should be made available for all venues, across all tiers; and a review of any restrictions placed on venues must take place at least every 2 weeks.

Safeguarding hospitality venues against business failure is the priority and without these measures in place, the hospitality sector, they say, will not survive to provide the employment and tax revenues that will be needed for a safe and sustainable recovery. The most secure route to a swift recovery, they argue, is to ensure that businesses survive this winter.

A joint spokesperson for the trade bodies, confirmed: “Without urgent sector-specific support for our industry, massive business failure is imminent and hundreds of thousands of jobs will be lost around Christmas from a sector that was in growth at the beginning of this year, as well as in the supply chain that supports them. While there are any restrictions placed on hospitality and pubs, there must be financial support in place across all tiers of risk.”

Kate Nicholls chief executive of UKhospitality said: “Extending the rent enforcement moratoria until June 2021 will prevent businesses being wound up and mass job losses when the current moratoria end. It isn’t sustainable to think that businesses will be able to pay a full year’s rent in 2021. There is a vested interest on all sides to avoid the devastation of the high street. Government should be prepared to incentivise forgiveness of rent debt and work with all stakeholders for a resolution.”