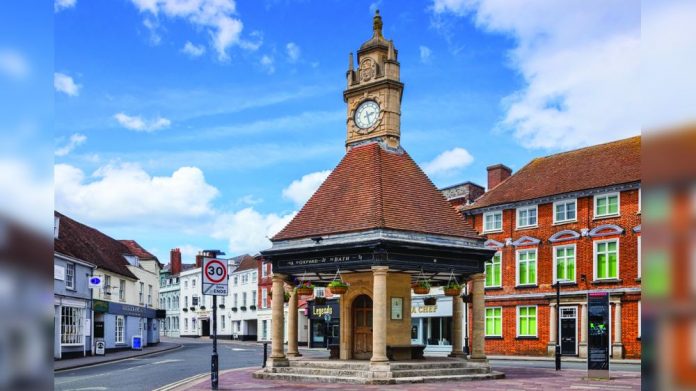 The Berkshire town of Newbury is to gain a new free-play FEC, as the local council approves a change-of-use application which allow its owners to operate in the site of a former bar.

In its report approving the new operation, West Berkshire Council seemed impressed with the potential number of classic amusement titles (Pac-Man, Space Invaders and the like) that applicant Lochailort Newbury Ltd had promised to bring to bear, as well as a proposed 3.5m LED video wall which would make Newbury “the only place in the country to experience this supersized experience.”

In fact, Lochailort’s FEC will be offering 57 playing positions – with games including Mario Kart, Guitar Hero and ‘World’s Largest PACMan’ – as well as pinball and air hockey. The arcade will have a three-year licence and, according to the owners, will not feature gambling, over 18s machines or prize games.

Councillors were almost enthusiastic in their assessment of the operation: “This amusement arcade will be a ‘free play’ arcade which means customers buy a ticket and have a time slot to play arcade games which are set on free play mode.

“A large proportion of games are based on competitiveness, being active and fun like Basketball, Air Hockey, Whacka games, Dance Stage, Bowling, Catch the Light.

“The site will also host UK exclusive 3.5m LED video wall set up, offering players the only place in the country to experience this supersized experience.”

The planners said the new arcade would be “unique and well-suited to Newbury Town Centre,” and that it would not “lead to a concentration of non-retail uses.”

“The vision for the business is to provide a safe and fun experience that grows with the community, creating a positive environment, and promoting engagement between families and friends,” they added. “The retail unit has been vacant a number of years and it is considered that this use would bring the space back to life.”