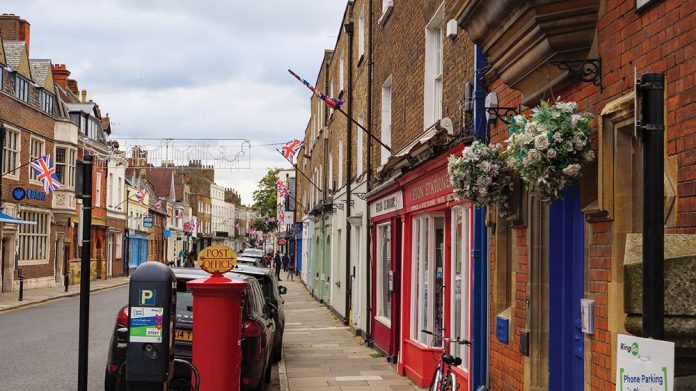 With footfall for the first week of November plummeting by 75 percent year on year, businesses that rely on a healthy high street including pubs, AGCs and bingo halls are praying for a timely end to lockdown. Last week 61 CEOs warned of the scale of the problem in a letter to The Times.

An extended second lockdown running beyond 2 December would have devastating consequences for the British high street with household brands disappearing for ever, according to some of the country’s leading retail CEOs.

Over sixty CEOs including Steve Rowe, of Marks & Spencer, Alex Baldock of Dixons Carphone, Steve Johnson, Executive Chairman, Matalan, Alasdair Murdoch, Group CEO, Burger King UK and Peter Cowgill of JD Sports, wrote to The Times (14 November) to voice concerns about the impact of the forced closure of ‘non-essential’ retailers, an instruction that was made despite a recent Sage paper reporting that closing ‘non-essential’ retail would have minimal impact on the transmission of Covid.

The letter to The Times, which was signed by a total of 61 retail CEOs, argued that with less than two weeks to go until the Chancellor’s Spending Review it is vital that retailers get the clarity they need, highlighting that stores forced to shut were being deprived of £2 billion per week in sales.

It asserted: “November and December account for over a fifth of all retail sales and if all shops are not allowed to reopen by the start of December, many stores may never reopen putting hundreds of thousands of retail jobs at risk. A continued period of retail closure will see more shuttered high streets and many more job losses at the heart of the festive season.

“Government reports have noted that the closure of shops would have a minimal impact on the transmission of Covid. Retailers have invested hundreds of millions in making their stores Covid-secure, keeping both customers and staff safe. “Yet retail stands on the brink and decisive Government action is needed to save it. Retailers of all shapes and sizes must be allowed to reopen by the start of December. Without this, there will be little festive cheer left on our high streets.”

Helen Dickinson, Chief Executive of the British Retail Consortium, said: “The closure of thousands of retailers is compounding the challenges facing our high streets. ‘Non-essential’ stores are estimated to be losing £2 billion per week during lockdown. All the while, Government reports show the impact of closures on Covid transmission is low.

“To avoid local communities being hit hard by large scale shop closures and job losses, the Chancellor must address three issues – Rents, Rates and Re-opening. Government should extend the rents moratorium, giving essential breathing space to allow negotiations between retailers and landlords to continue. They must ensure retailers do not face an £8bn rates bill from 2021. And they must ensure shops can reopen from the start of December as the all-important Christmas shopping period gets into full swing.”