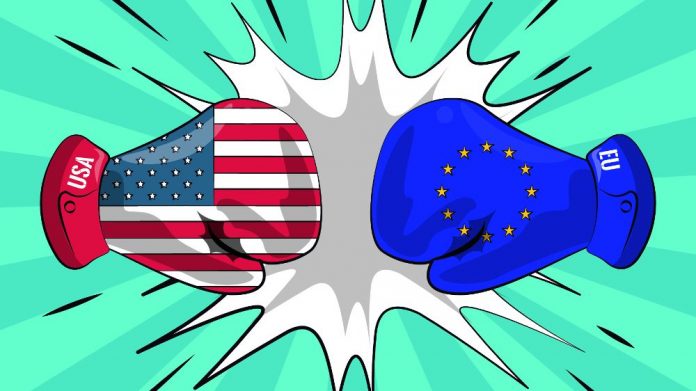 A long-standing trade dispute between the European Union and the United States has caught the amusements industry in the cross-fire making games unsaleable. How do you fancy a 25 per cent rise in machine prices?

EUROMAT is working with its member trade associations throughout the continent to identify lobbying opportunities to help extract sections of the amusements industry which have been unwittingly caught up in a long-running trade dispute between the European Union and the United States.

The dispute, which is related to the civil aviation market and has been sanctioned by the World Trade Organisation, has seen the EU impose a 25 percent tariff on a wide range of goods imported from the US including screen and non-screen based amusements products and spares. The duty makes the majority of amusements products imported from the States unsaleable and comes as a body blow to UK companies already reeling from the impact on business of Covid-19.

EUROMAT President Jason Frost explained: “This is the outcome of a dispute between the EU and the US relating to the civil aviation market whereby the US applied countermeasures against EU products totalling approximately US$7.5bn. The WTO’s Dispute Settlement Body ruled on the 11th of April last year to confirm that the United States was in breach of the Agreement on Subsidies and Countervailing Measures and had failed to bring its measures into conformity with it. On 26 October 2020 the WTO Dispute Settlement Body authorised the EU to take countermeasures and the result is the Regulation which was published on the 9th of November.

“The starting position for the EU is that they will only adjust these tariffs if the US is prepared to reduce their own tariffs and subsidies for its own civil aviation industry. There are a number of things that EUROMAT can try and do, however the Commission will weigh any arguments about the economic impact on the amusements and FEC market against the economic impact on civil aviation exports from the EU to the US.”

He added: “We are working with the European trade associations to put the strongest possible evidence-based arguments together to reflect the economic impact of the 25 percent tariff. Contact is also being made to lobby MEPs on the Parliament’s trade committee and encourage them to table written questions on the subject. In addition, we are encouraging US based manufacturers to speak to the US Trade Representative to understand the scope for compromise on their side as it’s movement by the United States which is more likely to hasten the reduction of these tariffs.” From a UK perspective Bacta has asked the Government to confirm whether the tariff applies to goods imported into the UK given its impending departure from the EU ,although there may be transition arrangements in place. However, this will not alter the position for European based distributors that sell into the UK market. A problem sparked by Donald Trump’s election to the presidency, compounded by a Brexit debate that leaves many positions unresolved and a Covid-hit marketplace; the UK industry finds itself caught right at the centre of a near perfect storm.

“I have asked Government to confirm whether the tariff applies to goods imported into the UK given we have left the EU and are no longer a member state, but there may be transition arrangements that in this case means it does. I have had no response yet. This will not however alter the position for continental distributors that sell into the UK market. Euromat is working away with its contacts within the Commission to ascertain what, if anything, can be done. I am staying in close contact with the Euromat team through its President, Jason Frost. One of the things we will need to pull together as part of the lobbying is a better handle on the impact of the tariff on the business in the UK. It would be helpful at this stage if members affected could just drop me a note so I can communicate with you directly and with more information.”

“The news is obviously causing concern but the position remains unclear at the moment. We know Bacta and Euromat are working on this and we’re all keeping a close watch on their progress. At the same time, our hauliers and import agents are also seeking clarifications through their own channels.

There are obviously differing views: some people are suggesting departing the EU will negate the duty, some believe the issue will be dealt with in the Brexit deal. As it stands, though, this is an oddly targeted duty – the disputed area between the US and EU are aircraft parts, so the idea of a 25 per cent import duty on amusements machines which are somehow classed in the same category needs addressing.”

“We have woken up to the news ‘Children’s Amusement Games have unjustly been caught in an argument between Aeroplane Manufacturers in the USA and Europe’. We now have the added cost of 25 percent duty on the price of the games when importing machines from USA, this is clearly not what the World Trade Organisation set out to do and is an error that needs to be corrected as quickly as possible. UDC is monitoring the situation and working with Euromat and Bacta to find a speedy resolution.”

“It’s already a difficult time, so this new tax is extremely poor timing. Unfortunately, the extra 25 per cent will mean at least an extra £1,000 more per pinball depending on the model. With the Covid 19 virus closing all of our customers locations, the EU duty is now shutting down our US suppliers making trading even more difficult. I understand this is part of an on-going trading battle between the US and the EU, but surely now is not the time for the EU to apply counter measures, with the whole Covid situation and especially as Trump is about to be replaced as President of the USA. The EU could have delayed their decision if they wanted, instead it was a sudden implementation which will affect the coin op industry as well as many others.

Don’t forget the coin op equipment is not for consumers but is more like a tractor for a farmer, or concrete for construction and coin op should be excluded as its not a consumer item and is a trading tool. Without them we cannot trade. If we leave the EU without a deal, then technically this may not affect the UK market anyway come 1st January 2021. 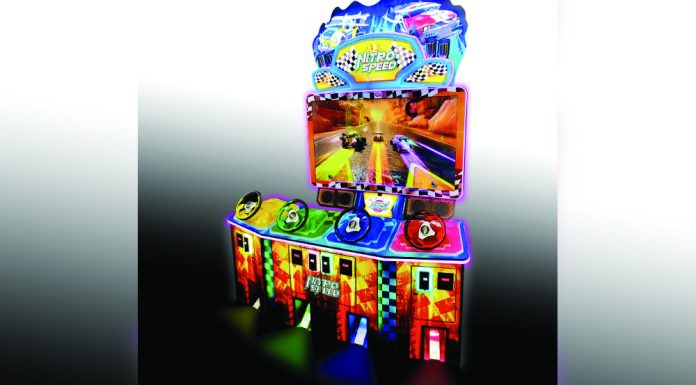