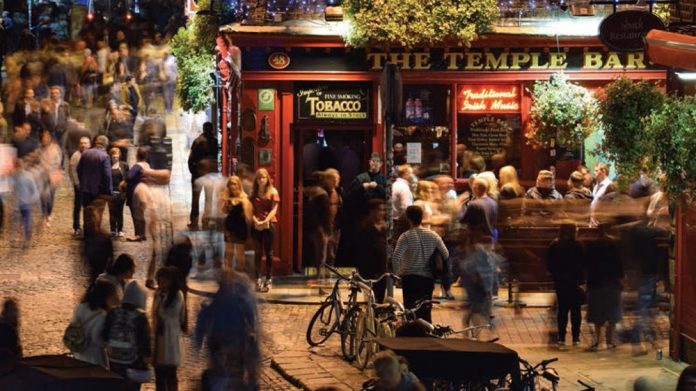 The MD of data specialists CLMS has denounced the “irrational and irresponsible” actions of government in its clampdown on hospitality – which has cost coin-op stakeholders and the wider pub trade as much as 40 per cent of regular income. Simon Barff talks exclusively to Coinslot about the trends and the future.

With his finger pressed firmly on the fading pulse of British machine play, CLMS managing director Simon Barff has once again issued a stark warning as to the massive losses sustained by pub gaming operators in the wake of the institution of curfew.

Speaking to Coinslot earlier this week, the head of the sector’s largest data analysis firm said that whilst 12 per cent of coindrop was achieved after 10pm prior to curtailed trading hours, the new clampdown – including more draconian social distancing guidelines – had led to massive losses in cashbox revenue in the region of “30 to 40 per cent.”

“The reasons for this are manifold,” he explained. “Firstly, many machines are actually being switched off as early as 9pm due to the pubs having to clear their customers out by 10pm and so this has a clear impact. However, it is also apparent that the new rules have created confusion among pub-goers and reduced numbers and movement within the locations.”

Indeed, whilst pub-goers felt free to order from the bar and move around the rest of the pub without reprimand prior to the latest raft of regulations, Barff interprets the new highly curtailed gaming financials as indicative of people feeling afraid to buck the new convention by getting up from the table to play as-and-when they feel like it.

“All the spontaneity has gone,” he argued. “Now you need to check ahead to be sure to get a table, you need to leave your contact details and you need to be seated in order to be served – which makes people far less likely to leave their table and go and play a machine.”

And it’s not just coin-op stakeholders which have borne the financial consequences of this rather joyless new order within hospitality: Barff points to worrying industry stats for the wider pub sector which demonstrate a concurrent decline in takings (between 30 and 40 per cent) as a direct result of the curfew order.

“A balance has to be found between dealing with this awful disease and saving people’s jobs,” he remarked. “That balance cannot be found when the government issues irrational and irresponsible restrictions on a weekly basis.”

By the numbers: Simon Barff talks Covid, recovery and the near future for gaming

CS: It would be fair to say that the various government policies regarding Covid and pubs has been erratic at best. In the four countries of the UK, what are the stark conclusions that you have found or is there no country distinction?

SB: There are so many conclusions that can be drawn regionally but largely the four countries within the UK are seeing very similar play patterns in relation to each other compared to where they were pre-lockdown.

That said, there are clear localised consequences to the government’s various restrictions.

City centres have been a lot quieter and late-night operations have been seriously impacted. Scotland and Wales were slower to re-open pubs than England and stricter in some of their rules – for example, Scotland banned any background music or jukeboxes in pubs, which impacted on atmosphere and revenue from those machines.

The most frustrating aspect of the government’s erratic decisions is that they do not appear to be based on evidence that proves pubs are contributing to the spike in cases. Pubs have complied with the guidelines, opening with sanitising stations, screens and track and trace measures and there was no sudden increase in infections. During August, the Eat Out to Help Out scheme and the good weather brought many more people into pubs and restaurants and that also did not contribute to the problem. But we send the kids back to school and the students back to university and hey presto, it’s all the hospitality sector’s fault that we are seeing a second wave. The government has not yet published evidence to back up this conclusion – so we can only presume that it is as a result of our industry data or via the NHS App. Yet we are the only industry that has to collect customer information in this way – you don’t have to scan a QR code when you shop at Tesco, use public transport or visit friends and family, therefore how can the risk be fairly calculated?

CS: Covid measures will obviously be a primary cause for the downward spiral, have you been able to identify how the Eat out To Help Out initiative impacted machine play?

SB: Yes, Eat Out To Help Out had a clear and positive impact across the sector generally, and not just in those locations serving food. From this, we could ascertain that people might be heading out to enjoy a half-price meal but while they were out, they would also go for a drink and make an evening of it!

We saw some really positive income figures across most of our clients. There was definitely evidence that the sector was in recovery during August.

CS: Breaking down the stats, have you seen a time-related trend? Is the take down earlier in pubs opening hours or later? And the type of game – are there certain gameplays that are defying the stats?

SB: Not really, to be honest, the times in which players like to play remain much the same. Fridays and Saturdays are still the most popular days for machine play and the peaks during the day when machines are most played are largely the same as the data we collected pre-Covid.

What we are seeing is that the average length of the play sessions has changed and we are putting this down to the fact that there are fewer casual players on the machines than there were before.

CS: The data and the early conclusions point to a tipping point for Britain’s pubs in terms of revenue from machines. You’ve been in this game for many years, has this trend been coming or the did the development of new machines and technology signal a change in fortunes, now under threat by Covid?

SB: I’ve certainly been in the industry for long enough to see a number of challenges, but nothing that comes close to this.

I’m not sure any of us can predict where we are going to be in the next fiscal quarter let alone in 12 months’ time.

Technology has already had a part to play in changing the industry but it seems hard to believe that while our esteemed leaders are telling the world to go contactless. They are still pushing the retail gaming industry to pay with cash. Let’s hope that this piece of legislation can be changed. If not, hopefully our players will adopt one of the app products that are being tested or proposed.

CS: Together with Bacta, you have been scouring these figures and looking at the indicators. If you were sitting opposite the DCMS minister as he explored changes to the Gambling Act, what would you be advising him to do?

SB: I’ve never been a political animal but my demand would be simple. Give us contactless payment, link our stake and prizes to a time-relevant increase mechanism that keeps us in line with the economy.

CS: Finally, on a broader level, moving to a time beyond the current Covid crisis, what would you be telling manufacturers and games developers to do to boost pub gaming entertainment?

SB: Having been on that side of the fence in my previous roles, I can say that manufacturers and game developers are already full of ideas of how to boost pub gaming entertainment. However, they are restricted by the technical standards, which hampers creativity. I would imagine if they were in front of the DCMS, this would be their biggest ask as it would allow the sector to innovate well beyond what is currently allowed. 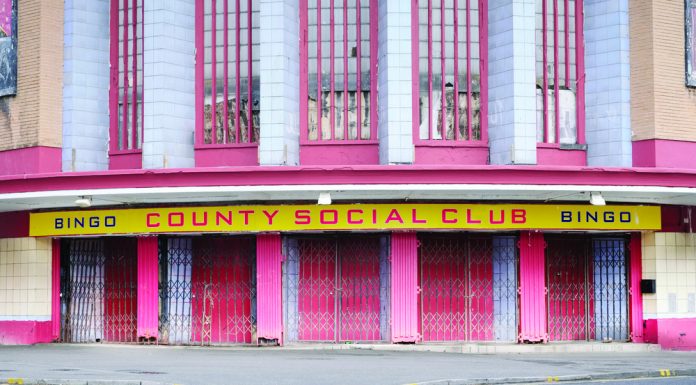