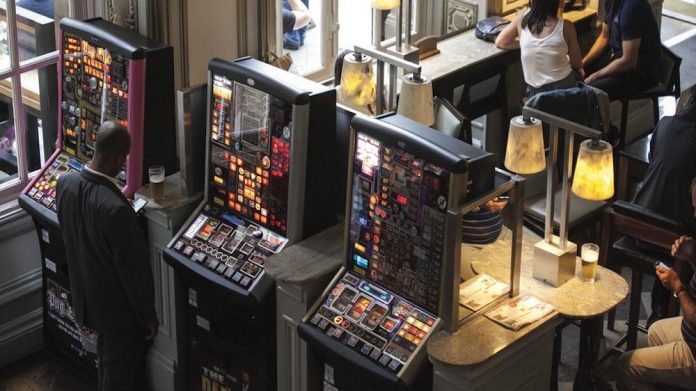 The cost of a series of disconnected counter-Covid measures, widely criticised throughout the hospitality sector, is high. So high it could bring down 15 percent of the pub industry – and wipe out any returns for machine operators. The future of gaming machines in pubs is one nudge from disaster. Two papers have been released this week highlighting just how bad the problem is. First, Coinslot reports on an industry scenario document shown to the newspaper forecasting a £100m hit for pub machine income.

The coronavirus crisis is likely to result in a catastrophic reduction in pub machine income on a scale that will render the current business model for PubCos and operators unsustainable.

Should the UK experience a resurgence of the virus which necessitates a national level tightening of restrictions on hospitality, industry experts predict that the number of pubs by the end of 2021 could be as much as 15 percent lower than 2019 levels, a market contraction which according to a scenario paper seen by Coinslot, will reduce pub machine income by up to £100m.

Using a pub closure model of between 10- 15 percent (compared to 2019 figures) and applying industry data covering the number of pubs with AWPs and average machine density, the UK market will lose between 6,497 and 8,695 machines over the next two years. Assuming weekly cash revenues of £220 per machine, this will result in an annual loss of AWP income of between £74.33 million and up to £99.47 million. With a 30 percent revenue share model, the loss to operators equates to an annual sum of between £22.30 million and £29.84 million – a figure which will wipe out any profit derived from machine operating.

The outlook for the pub industry depends largely on how the pandemic plays out over the short to medium term. Scenarios range from the current mix of 10pm curfews and regional lockdowns to a national lockdown that would see all or most sections of hospitality forced to cease trading.

Irrespective of the impact of the controversial 10pm curfew, best case predictions surrounding the spread of the virus suggest that new infections will be an ongoing issue well into the first half of 2021, a factor that will require the maintenance of social distancing, further localised restrictions to contain clusters of new cases and a concomitant denting of consumer confidence with a large minority of the population scared to socialise outside of the house. Fears of a second wave have already affected dramatically the population’s behaviour as government figures reveal that the number who are happy to socialise has dropped by a third in the course of a week.

Such a scenario will put even more pressure on the already difficult business relationship between machine operator and PubCo. In the same way that the airline industry is having to rethink completely the way that it conducts business, the rules of engagement will surely have to be re-established in order to readjust to the terms of the ‘new normal’. At the heart of the issue is the absolute need for operators to reduce associated costs in terms of machine collections and service calls enabling them to continue to invest in new equipment and in the process, ensure that the AWP retains it’s status as the most profitable four square feet of the pub floor.