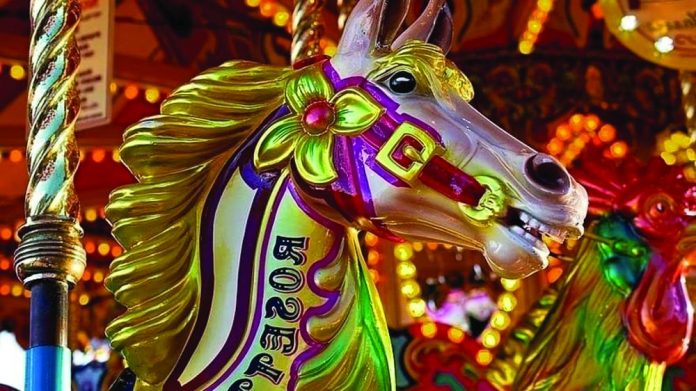 Showmen and women are being encouraged to sign a new petition calling for fair government support, as funfair businesses across the country count the cost of Covid-19.

Showmen and women across the UK are being encouraged to sign a new petition aimed at securing a government grant to cover the loss of income experienced during the Coronavirus pandemic.

The petition, posted by Simon Harvey of fairground livery company Fair Design, calls on Boris Johnson to recognise the long-term contribution of showmen to the economy, and protect the fairground industry.

“For hundreds of years fairgrounds have entertained our nation and made it smile in times of hardship and times of war,” states the petition. “Showmen gave their lives in two world wars, now we are the ones in need.”

“Sign and share this petition for the government to recognise that this industry and the many families that are involved in it need support as they are not able to open fairs all over the UK. What’s required is a FAIR grant to enable families and business to survive.”

The petition, entitled A Fair Protest, aims to raise awareness of the plight of Showmen, and establish a funding package for those affected, as the Showmen community fight to protect their legacy for future generations.

“The Showmen’s Guild was founded as the United Kingdom Van Dwellers Protection Association in 1889 in Salford,” said Harvey.

“The formation of the guild was the main turning point of Showmen identifying their lifestyle as a culture rather than an occupation, leading to the idea of Travelling Showmen being a cultural group.”

Though funfairs have been given official permission to re-open across the UK, many are facing unfair closure orders from uncooperative local authorities.

Commenting on the petition, Marina Botton stated “the Government say fun fairs can operate, but local authorities are refusing to say so, and stopping fairs from operating, even when it is proven that all funfair operators have a Covid-19 safe fair.”

“This is a catch 22 situation for our industry, which is a way of life that has been passed down from family to family.”

Cy Abbott also noted that funfairs “should be allowed to operate within Covid-secure guidelines, as many other businesses are doing so.”

Within the first few days, the petition had already garnered over 950 of its 1,000 signature target.