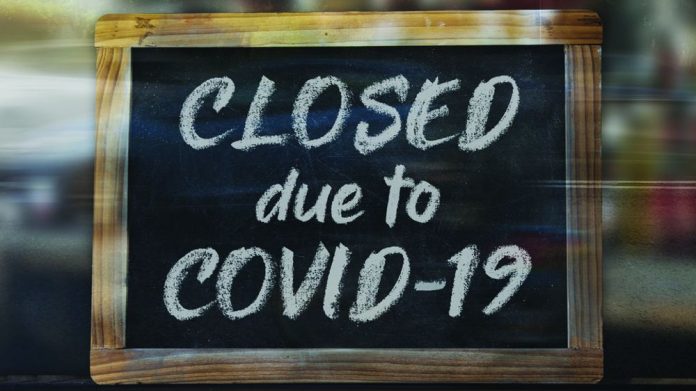 According to one economic pundit, the end of the government’s job retention scheme could lead to an epic level of unemployment amongst young bar staff. The day of reckoning is preparing to go eyeball to eyeball with Rishi Sunak.

An expert on the labour market has warned that the end of the Coronavirus Job Retention Scheme is likely to lead to a wave of job-losses throughout the UK’s hospitality sector.

In an interview with the Morning Advertiser last Monday, Gerwyn Davies of the Chartered Institute of Personnel and Development that hospitality observers could expect “a spike in redundancies” once government-funding for furloughed workers ends in October.

“One of the unfortunate aspects of this is it will fall disproportionately hard on young people and low paid workers, who make up vast swathes of that sector,” he said. “It is very difficult to reabsorb those workers back into the economy because there are so many.”

Furthermore, Davies argued that any sudden wave of unemployment amongst younger, lower-skilled workers – which have traditionally looked to hospitality as a source of steady work – threatened to bring “a return of the structural unemployment we saw in the 1980s.”

Davies was similarly pessimistic about the long-term impact lockdowns may have had on the overall health of the pub economy.

“Looking ahead, there’s no way of knowing when or to what extent the pub trade will recover,” he said. “As with other sectors, this could lead to a permanent shift in consumer trends, which could include staying away from the pub and having drinks at home.”

Davies’ remarks coincided with the release of the latest figures on pub closures from the Altus Group, which detailed 315 pubs and bars closing shop permanently since the beginning of the year. Whilst that figure might seem high, last year’s comparative was actually higher: standing at 473 closures, which were offset by an even larger number of new openings.

Altus claimed one of the reasons the rate of closures has been minimised this year has been the business-rates holiday extended to pubs in England and Wales, which has saved operators over £768m. Meanwhile, the real estate firm said that additional grant funding made available by Westminster had been worth £557.94m to publicans.

Debate around extending the Coronavirus Job Retention Scheme is leading to confusion among employers in the UK, with analysts predicting the scheme will be extended, despite statements to the contrary from the Prime Minister, and indeed the Chancellor.

As countries such as Spain and France begin to announce longer-term employment support initiatives, Boris Johnson warned reporters on 9 September that furlough extension could lead to “suspended animation” of the economy.

“We are going to continue to do everything we possibly can to support those who can’t work in the way they want to,” said Johnson, in a 9 September press briefing.

“One of the difficulties with the furlough scheme if we extend it more widely, is you are just keeping in suspended animation when really we want people to get back to work, if they possibly can in a Covid-secure way.”

However, Morgan Stanley analysts Jacob Neil and Bruna Skarica wrote in a recent note to clients that the “double trouble” of an impending Brexit and Covid-19 is likely to be met with further investment from the government.

“The focus is on whether to extend furlough, likely in a less generous and more targeted format,” wrote the economists. “Given modest cost and potential for material scarring from an October furlough cliff edge, we now expect extension.”