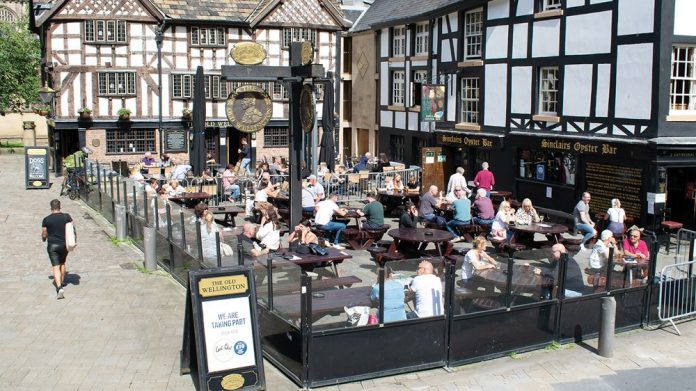 Eat Out To Help Out proved a highly popular initiative by the government to help boost the hospitality sector in the early stages of lockdown easement. But it was a one hit wonder. What are the prospects now as the weather changes, the benefits stop and the Covid fear rhetoric ramps up?

The latest data from the respected Peach Business Tracker confirms the positive impact of the Government’s Eat Out To Help Out campaign with the figures for August showing like-for-like sales across Britain’s managed pub, restaurant and bar groups recovering to the levels recorded in 2019.

While food-led businesses forged ahead, drink-led operations found trading tough with the London market trailing significantly behind the rest of the country.

Karl Chessell, director of CGA, the business insight consultancy that produces the Tracker, stated: “To get back to last year’s sales levels in those sites that were able to trade is some achievement just a month after the industry started to re-open, and credit has to go to the Government-backed discount scheme that attracted so many people back out to eat, plus the cut in VAT on food. But, of-course not all parts of the market benefited, and there will also be concern about what the Government’s new legally-enforced restrictions will have on consumer confidence in the weeks ahead.”

London still struggled despite the assistance of the Eat Out To Help Out campaign with office workers, commuters and tourists still staying away from the capital. Like-for-like sales across pubs, bars and restaurants were down 13.4 percent, with total sales down 28.1 percent. In contrast, outside the M25 the market saw like-for-like sales up 3.2 percent and total sales down just 7.9 percent on August 2019.

However, the sales figures should be treated with caution as Trevor Watson, executive director, of Leisure Property Specialists, Davis Coffer Lyons warned: “The August figures are very much a one off and cannot be used to indicate any trends. The boost to food-led establishments due to Eat Out to Help Out is short term; the longer-term trend is the re-distribution in trade towards residential districts and away from commercial city centres and London in particular.

“The autumn sees the end of furlough and potentially the end of the moratorium on lease forfeiture. These twin threats are the biggest possible challenge to the industry, so although the doors are open to many pubs and restaurants, the market is more unstable than it has ever been. Pictures of people eating out in pub gardens, and healthy looking like-for-likes present a misleading and artificial impression of where the market is right now.”