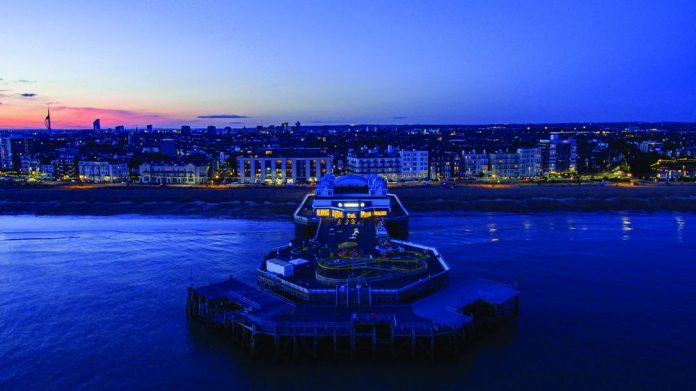 Seaside councils are beginning to realise the importance of providing local businesses with increased hospitality options, with this month seeing the award of two new alcohol licences on the south coast.

Both the Old Pier Hut in Southsea and The Cherries Ice Cream Parlour in Bridport were given permission to serve alcohol alongside their main food offering, helping the venues boost revenue during difficult times.

“Portsmouth councillors approved an alcohol licence for the Old Pier Hut, in Southsea, which already sells a range of hot food including pizza, chips and gyros as well as soft drinks,” reported The Portsmouth News.

“The station can now serve alcohol from 10am until 11pm from Monday to Sunday for people to consume while seated in its dining area.”

Despite Eastney and Craneswater representative Cllr Linda Symes bombastically warning the South Parade Pier could become “a big drinking cathedral” should the application be approved, Portsmouth City Council granted the licence on 10 September.

The following day, Bridport Town Council also agreed a new alcohol licence for The Cherries Ice Cream Parlour and Cafe, on West Bay’s Pier Terrace, allowing the venue to serve alcohol between 9am and 9pm daily, exclusively with meals.

“None of the statutory bodies, including the police, have raised any objection to the licence being granted,” local media reported.

“The licence conditions will include CCTV use and staff applying the ‘Challenge 25’ policies which includes customers providing proof of their age, if this is in doubt.”

The approvals come as seaside businesses seek to diversify their offering, encouraging diners and customers to remain longer on the premises, and therefore boost business. With Coronavirus an ever present concern, visitors are increasingly likely to choose one location to eat and drink, as opposed to hopping from venue to venue, with alcohol licences significantly strengthening a restaurant or cafe’s appeal.