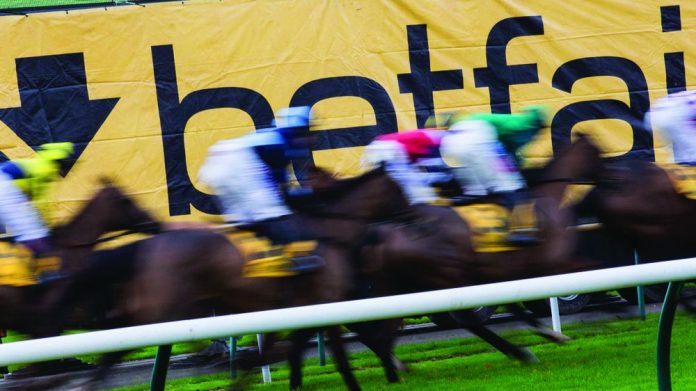 HMRC continues its roll-out of VAT refunds following a tribunal decision against its claim on tax receipts dating back to the turn of the century. The latest in line for the return of monies is Irish gaming juggernaut Flutter.

It’s not just British companies which are set to win major payouts as a result of the recent court-ruling on erroneously-charged gaming-machine VAT: Ireland’s Flutter group – formerly known as Paddy Power Betfair – has also said that it is expected to receive as much as £13.7m by way of reimbursement from the Treasury in Westminster.

Of course, that sum is a mere drop in the ocean as the seemingly ever-expanding Flutter is concerned. After all, specific details of the anticipated tax repayment were revealed last week in its interim FY20 results, which also showed the massive company buoyant despite the ongoing pandemic – with an almost 50 per cent increase in year-on-year revenue throughout the first half of 2020 putting net takings across all Flutter platforms past the £1.5bn mark.

The firm explained that integration with its multi-billion dollar Canadian competitor the Stars Group – with which Flutter completed a merger agreement in May – was primarily responsible for the company’s “enhanced diversification” throughout the globe, alongside “strong momentum” outside the US combined and a 44 per cent surge in online sportsbook earnings in the North American market.

“In the period prior to Covid-19 related disruption, our businesses performed well with strong customer growth and favourable sports results,” explained Flutter’s chief executive Peter Jackson. “In the period thereafter, the cancellation of sports and closure of our shops led to reduced sports revenues in the UK and Ireland. However, this was more than offset by an increase in the number of recreational customers playing our poker and gaming products globally, as people sought new forms of home entertainment.”

Looking ahead, Jackson said that digital betting and gaming in the era of Covid remained “highly uncertain,” but hinted that things were slowly returning to a state of normalcy.

“We have identified promising opportunities to increase investment across the group,” he said. “While the outlook with respect to Covid-19 remains highly uncertain, the diversification of our Group means we approach the future with confidence.”