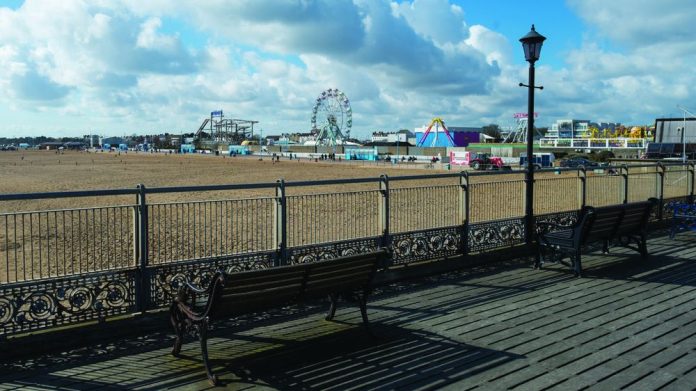 Opinion is united in Skegness that the resort must – and shall – stay on its top form year-round, as the Bank Holiday marks the end of a truncated summer season – and possibly the start of a new one?

There appears to be near unanimous political support to extend the trading season in Skegness through to the end of the year – that’s according to views courted by local newspaper the Skegness Standard.

Legislators of East Lindsey District Council are apparently working on getting a Local Development Order in place by October, which according to ELDC chairman David Andrews will permit for “flexible planning control” and allow business to operate throughout the winter.

“We need to do all we can to help,” he remarked, acknowledging that it had been “a tough year for everyone.”

“We are fully behind the proposals to extend the season for as long as possible,” added Paul Dixon, who heads up the Skegness Area Business Chamber. “It is essential for business to make up for lost revenue in order to meet their financial obligation and we do believe that there is some demand for late holidays.”

Meanwhile, Skegness mayor Mark Dannatt – who privately owns a pub on the town’s north parade – has also expressed his support for the seasonal extension.

“I think extending the season is a great idea so visitors can see what we offer here in Skegness all-year round because they can visit the arcades, bowling alleys, Natureland, Skegness Aquarium and many more places, some even on Boxing Day and New Year’s Day,” he said. “We are an all-rounder resort for families of all ages even out of season, so we need to get the message out there.”

Early indications locally seem to suggest that a surge in summer traffic to Skegness, as witnessed in other major coastal resorts, is set to continue through the autumn: with bookings for September, October and November at nearby Southview Holiday Park doubling the rates witnessed last year.

“People have really fallen back in love with the Great British holiday, and we’re pulling out all the stops to make sure holidaymakers and holiday home owners can make the most of their staycation this autumn,” said CEO Steve Richards of Parkdean Resorts, which operates Southview. “Our teams on park have done a fantastic job and we’re determined to finish the year with a bang.”