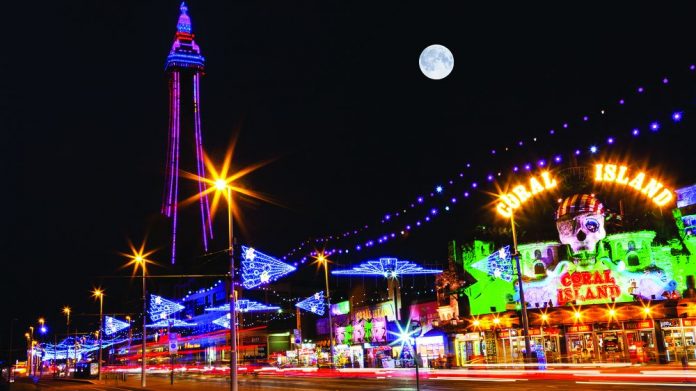 It’s time to rethink the domestic leisure offering and that’s exactly what’s happening around the UK as the industry explores new horizons in the new normal. So, why hasn’t the season ever extended in seaside resorts? Is there a realistic chance for an all-year round economy? The process of change is already starting.

The domestic tourism industry, faced with the near decimation of its traditional summer season is utilising imaginative marketing and positioning techniques in an attempt to repackage, refresh and reinvent the offering.

Targeting sectors of the population who have not felt sufficiently confident to venture on holiday at all this year as well as those that have been denied the opportunity to go overseas because of government quarantining requirements, businesses and attractions are extending their seasons into autumn and beyond to recover revenues that have been lost due to lockdown.

The traditional Blackpool illuminations, popular with day trippers and coach parties, will light up the Lancastrian resort for two months longer than usual through to January. Launched in 1879 when Blackpool Council invested £5000 to experiment with the concept of electric street lighting with eight arc lamps on 60ft poles along the seafront, the Blackpool Illuminations now attract more than three million visitors to the resort each year.

Holiday Park operator Haven, which is part of the Bourne Leisure Group, borrowed £300m to keep afloat after being forced to close all 37 of its UK sites during the peak spring and summer season. The company, which also furloughed over 10,000 staff, has announced that it’s to keep 16 holiday parks open through to the end of November and is recruiting some 500 additional team members.

According to Haven director Gerard Tempest, the spike in demand has been driven by the collapse in foreign travel with people who would normally holiday abroad opting to stay closer to home and booking with Haven – many for the very first time.

The strategy of targeting stay at home Brits makes good financial sense. Modelling undertaken by Capital Economics shows that if the £60bn the population spends on overseas holidays went into domestic breaks, GDP would be boosted by 2.8 percentage points.

It’s not just commercial companies and attractions that are taking a more proactive approach, with regional tourist boards also seizing the initiative.

Pembrokeshire Tourism confirmed the Welsh county had already benefitted from the staycation boost and that they were equipped to accommodate heightened demand throughout the year. It’s a similar story in Cornwall where Visit Cornwall is co-ordinating a campaign of discounted offers, promotions and activities which can go ahead throughout the winter, targeting the baby-boomer generation and those who want to avoid crowds but still enjoy a break.