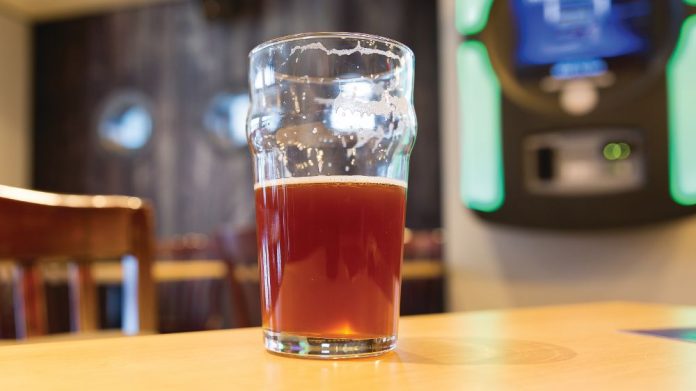 The Scottish Beer and Pub Association has called for the government to overturn its music ban in the country’s hospitality venues, attributing a 20 percent decline in trade to the policy.

The Scottish Beer and Pub Association has called on the government to reverse its ban on music in pubs and bars, stating the controversial policy has led to a 20 percent drop in trade.

The guidance, which also prohibits the sound of TVs and jukeboxes, came into effect on 14 August, and is already having “a devastating impact” on the Scottish industry.

“The ban on music and sound from TV in pubs has seen trade plummet across Scotland, to the point where it is simply not viable to stay open,” said SBPA CEO Emma McClarkin. “Takings are down as much as 20 percent since the ban came in.”

“Not only is it hammering the recovery of our sector, but there is evidence to suggest the policy is having the opposite of its desired effect.”

Though the ban was intended to prevent the aerosol spread of Coronavirus by customers talking over music, the SBPA stated a lack of commentary at football matches is making it harder to control customers watching games, while customers seeking privacy in their conversations are now more likely to lean in and whisper.

McClarkin also noted that, rather than go to their local, “people are gathering at home where safety measures are not in place.”

“There is an easy middle ground to be had here, where responsible pubs can be allowed to create an atmosphere and ambience that makes them what they are, whilst controlling noise to a level which doesn’t require customers to shout.”

Scottish publicans have spoken of the “empty feeling” created by the government’s ban on music in hospitality venues, with the impact on atmosphere noticeably affecting trade.

Urging a discourse between policymakers and pub owners, the country’s landlords have called for the music to restart “within acceptable limits.”

“The music ban is having a direct impact on our business and in some venues trade is moving in the wrong direction,” said Louise MacLean, director of sales and marketing for Edinburgh based Signature Pubs. “Customers don’t want to go to venues that are silent and awkward so inevitably our takings are down.”

“We understand the concern about noise but we would happily work with Scottish Government officials and set decibel levels to create a welcoming atmosphere within acceptable limits.” Speaking to the Morning Advertiser, Aberdeen operator Martin Farmer added: “The lack of people allowed in the venue coupled with no music makes an empty feeling venue which really doesn’t make it appealing to the guests.”