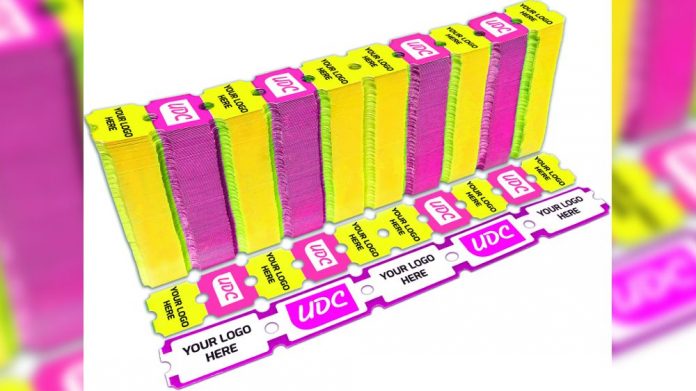 The United Distributing Company has reported that it has been delivering ‘many more redemption tickets’ than expected during July and August with visitors returning to arcades, particularly at seaside resorts.

The trend has served to counter fears in some quarters earlier during lockdown that coronavirus prevention strategies would lead to the end of redemption games as we know them and hasten any transition to ticket-less operation of games.

According to UDC, this is a step to be avoided. “Many in the industry feel that would be a shame and rob locations of the theatre and drama associated with big wins on machines that pay out bundles of tickets to excited customers,” UDC’s Matt Bland told Coinslot.

“The handling of paper redemption tickets is just as safe as handling a printed receipt,” he was quick to point out.

And the current evidence backs that theory; there are no reported concerns about contact transmission with paper tickets from health authorities.

Bland recognises this as an important plus for the industry. “Players love the experience of collecting together all of the tickets they’ve won and counting them up to see they can get the prize they desire. Other visitors get immediate visual confirmation that other customers are winning on games. Paper tickets are much more visible than simply collecting ticket points on to a plastic card. It’s all part of the charm and fun that players enjoy the experience that has made redemption so popular.”

“During lockdown ordering more redemption tickets was the last thing on arcade owners minds, so there’s been a rush to make sure that people don’t run out now that players have returned. We’re doing everything we can do keep up with demand.”

All the more reason why arcades using UDC’s ‘half ticket’ option are benefiting from having 6,000 tickets in a single stack – twice as many as a standard stack.

It’s a bonus that has proved popular, not least on price – the half ticket option vastly reducing operators’ overall cost for tickets.

Bland again:”The half tickets are suitable for all types of dispensers that use notches for paying out tickets; are readable by the new second generation Benchmark Ticket Station and can feature barcodes on one side leaving the reverse side for branding. And we’re offering a free artwork service for new bespoke tickets.”