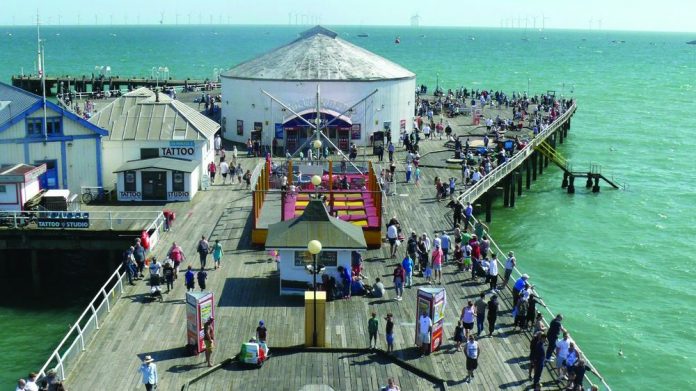 There’s no rest for the wicked down in Clacton-on-Sea, where pier owner Billy Ball has announced that rides will stay open 364 days a year on his pier.

Clacton Pier has confirmed that it will keep all of its attractions open throughout the entirety of 2020: the first ever year-round operation in its 149-year history.

Bosses are to trial the move this winter to see if it is viable, saying that the initiative will be “kept under review.”

It will mean that the outdoor rides will remain in operation every single weekend and in all school holidays – weather permitting.

Director Billy Ball said that the move was something that he and his team had been considering for “quite some time.”.

“We have been thinking about the idea over the past couple of seasons and we feel now is the right time to give it a go,” he remarked. “We would normally close the rides after our November fireworks extravaganza and not open any of them up again until February half term…[but] now that we have moved to an all year round business with other attractions open 364 days a year, we feel that we can include the rides at weekends and school holidays.”

However, Ball has stipulated that weather would form a major proviso to the extension of the pier’s operating season, and that rides would be shut-down whenever conditions were judged to be unsafe.

“The safety of customers and staff must always remain our top priority and problems can occur when there are strong winds or heavy rain,” he said. “However, we often enjoy some great sunny days in the winter, and it is just something else that we can add to our improving offer.”

As for the economics of extending trading throughout the colder months, Ball admitted that Clacton “does not have many people holidaying in the area” during winter, but said that locals – as well as people visiting family from out of town – might like to take advantage of the pier’s rides when they are less busy.

There are around 15 outdoor rides operating on the pier at any one time, along with all of its indoor attractions.

And the coronavirus hasn’t stopped the team at Clacton from expanding that line-up yet further: with a new White Water Log Flume ride due to open later this month.