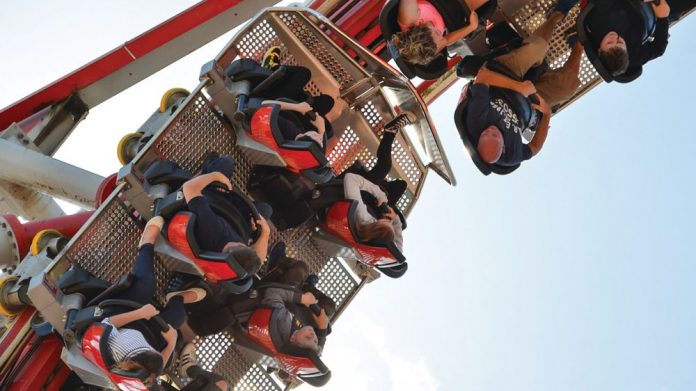 A one-two punch of Storm Dennis and the Covid lockdown brought Drayton Manor’s private owners to their knees, and sees corporate money from Europe take the helm.

Drayton Manor theme-park is to be sold to a major European attractions operator, after 70 years as a family-run business ended with the park forced into administration earlier this year.

The Paris-based Looping Group, which runs West Midland Safari Park as well as over a dozen other attractions scattered throughout western Europe, has stepped in and taken the helm at Drayton Manor from the Bryan family, which established the attraction in 1950.

As part of the deal, it is believed that the jobs of all 600 staff who were formerly employed at Drayton have been secured.

A string of unfortunate events obligated the change of hands, with third generation former owner William Bryan conceding the attraction had “faced challenges over recent months.”

The park was forced to bear the full brunt of Storm Dennis in February, forcing it to close at short notice. A planned re-opening in March was then delayed as the Covid-19 pandemic took hold. If that wasn’t enough, the park had only just received news (in November) that the Health and Safety Executive was planning to prosecute management over the tragic death of an 11-year old girl, who drowned whilst on Drayton’s Splash Canyon ride in 2017.

Despite the take-over, the park remains open to visitors in its new, socially distanced form – whilst existing bookings are still being honoured.

“I would like to commend the Bryan family which has, over three generations, been developing the park and made it one of the most beautiful references of our industry in the UK,” remarked Looping Group CEO Laurent Bruloy. “We are deeply respectful about all that has been achieved by their team and aim to keep Drayton Manor’s development in line with the same entrepreneurial DNA and values.”