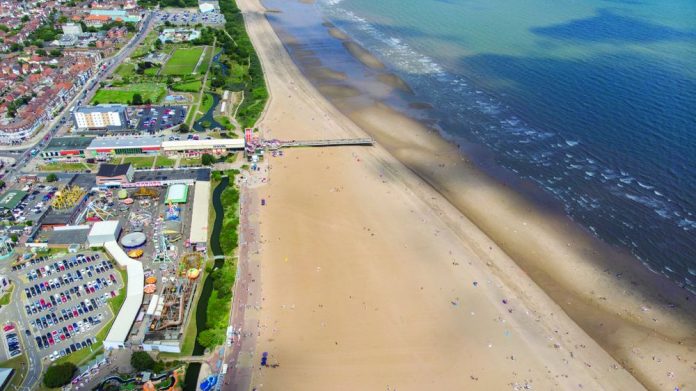 Skegness residents and holidaymakers have defended the Lincolnshire town, after a Which? poll saw it ranked last out of 100 UK seaside resorts.

Locals and visitors have leapt to the defence of Skegness, after the Lincolnshire resort came last in a Which? survey of 100 popular UK seaside towns.

The poll asked 4,000 holidaymakers to rate towns from Northumberland to Cornwall on a basis of attractions, peace and quiet, scenery, beach quality and value for money.

“Skegness took the less coveted title for worst-rated seaside town in our survey with a customer score of 44 percent,” said a spokesperson for Which? “It scored one star out of five in all categories but one.”

“The town is known for its neon lights, lively Butlin’s resort and 118-metre-long pier offering everything from candy floss to classic 2p slot machines and a Ferris wheel.”

Though Skegness beach scored three out of five, the town did not perform as well in the remaining categories, however, Lincolnshire Live reported that commentators online have rushed to defend the popular resort.

“Skegness beach goes for miles, and rates well worldwide for open spaces and peacefulness at the right times,” said local resident Stephen Stone. “People must like it because they keep going there?”

“Skegvegas is the best for seaside fun,” added Susan Smith. “Skeggy is in the hearts of millions.”

Peace and quiet proved a contentious rating for many seaside towns in the Which? poll, with fellow pleasure resorts Great Yarmouth and Clacton-on-Sea both earning just 48 percent ratings due to low scores in the category.

However, the quiet Cornish village of St Mawes – which topped the survey with 85 percent – can hardly be said to offer everything holidaymakers are looking for.

“St Mawes isn’t the typical location for a trip to the Great British seaside,” stated Which? “There’s no sandy beach, pier or amusement arcade.”

“But while tourists in Cornwall flock to St Ives and Padstow, this historic fishing village never feels overrun.”

Perhaps, with the Best Seaside Town 2020 title to its name, secluded St Mawes would be wise to start preparing for a post-lockdown stampede.

The problem for Skegness isn’t its offering, it’s ‘the economy, stupid’

Skegness is braced for an underwhelming summer holiday this year, as traders in the Lincolnshire town predict a tepid response from visitors. Speaking to Lincolnshire Live, John Nuttall – who runs the iconic donkey rides on Skegness beach – said that “there’s no feel to the place like there usually is.”

“All the traders have been gearing up for the weekend just gone, and you’re at it full hammer but it just seems a normal day,” said Nuttall. “It’s just weird.”

“I don’t think people will have the money to come anyway. There are redundancies, people have less money. We’ve been relatively busy, but not as busy as you would expect – as we would normally be at this time.”

Though the school summer holiday usually proves a high point for tourism in the town, Nuttall is adjusting to the idea that the 2020 season may not bring the custom businesses urgently need.

“We’ll keep going and see how it goes – I’m expecting another lockdown soon and a second wave.” “I think the government should have started enforcing mask wearing earlier and shouldn’t have opened things so early.”