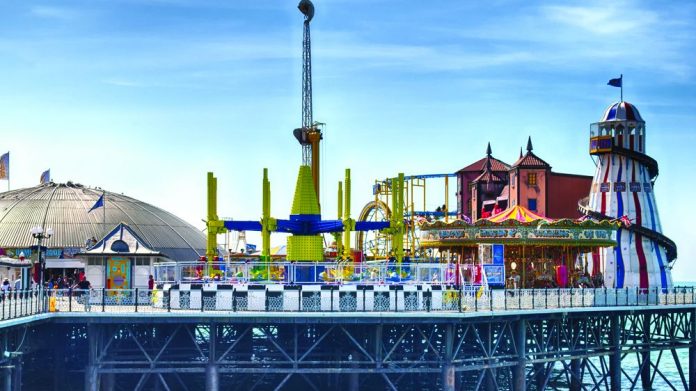 Brighton has began to re-open, but deprived of foreign visitors – the jewel of the south coast is now only a shadow of its former self. How is the tourism industry managing its survival plan?

Nearly a month on from the easing of lockdown restrictions, a profile of tourism-reliant business in Brighton has found the once bustling resort struggling to make headway amidst the continued caution of prospective visitors: with one business-owner comparing the unfolding seasons of 2020 as “like three winters.”

A feature by Emine Saner in The Guardian newspaper this week profiled dozens of local businesses and residents in the iconic beach city – and tracked a myriad of changes to everyday life as a result of the pandemic, not to mention the “bleak” atmosphere conjured by the sight of “shuttered snack bars and souvenir shops on the main road.”

Even on the beach itself – a focal point for traffic to the city despite all the pebbles – pickings still seem to be slim for seafront traders. Cafe owner Katie Mintram runs Yellowave, a cafe situated right on the water, and reopened as soon as she was able to. Her proximity to the local volleyball courts seems to have kept her ticking over, but the evaporation of corporate buyouts which usually flesh out her calendar during the summer months has her estimating that her weekly income is around 40 per cent of what it once was.

“Coronavirus has come at a bad time for everyone, but for the tourist industry it’s come at the worst time,” she remarked. “It’s like having three winters.”

On the amusements front meanwhile, Saner said that a waltz along the Palace Pier comes with “reminders everywhere of the pandemic… a one-way system; hand sanitisers on the change machine in the arcades.”

Shut kiosks, deep-cleaning of dodgem carts and the wearing of masks as a prerequisite on rides also contributed to what Saner felt was an uncanny (if necessary) shift away from the pier’s pre-Covid glory.

Still, the spirit of adaptation is alive and well amongst Brighton’s seafront traders: as demonstrated by Ron Smith, who runs a souvenir shop near the pier and started selling his goods outside after social-distancing regs effectively closed his indoor premises.

Smith described himself as “surviving,” but claimed that the coming of summer had done little to turnaround his economic prospects for the year.

“This is July and look: the place is empty,” he said. “We’ve got no foreign tourists…which means all my souvenirs are still in the shop.”

RISING TO THE CHALLENGE

So, how does a city like Brighton tackle the ‘three winters’ dilemma?With events. The Council has given the green light to a month long cultural festival which it hopes will attract much needed visitors to the so-called city by the sea.

The Big Culture Project 2020, which will celebrate music, film, dance and the performing arts, requires £175,000 to finance the venture a sum which it hopes to raise through crowdfunding. Organisers have confirmed the festival will use a purpose-built, outdoor event space which will be able to host a socially distanced audience of 600.