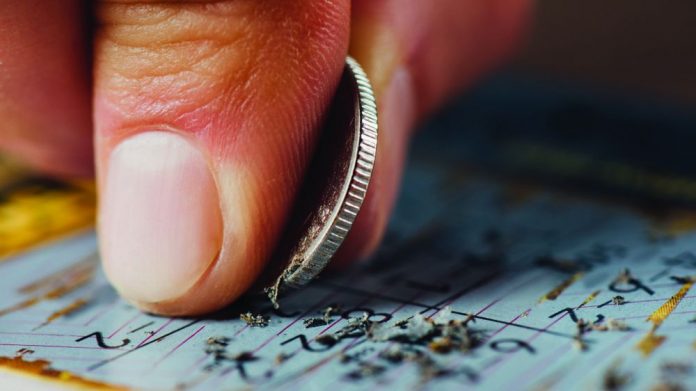 The gambling-related harm APPG has written to the culture secretary demanding that the minimum age of scratch-cards and other lottery products be brought in line with the rest of the industry.

The All Party Parliamentary Group on gambling-related harm has joined its voice to growing calls for the National Lottery to raise its minimum playing age to 18.

The APPG, headed by Labour MP Carolyn Harris, wrote to culture secretary Oliver Dowden this weekend demanding the action necessary to bring the Lottery play – and in particular the sale of scratch-cards – in line with the age-restrictions in place on every other UK gambling product.

“The lottery is clearly competing with mainstream gambling companies, but they have the advantage of being able to target children,” surmised Harris, in a statement to press this weekend.

The move comes as new data emerges which shows that players aged 16 and 17 spent a total of £47m on National Lottery products throughout 2017-18: a full two thirds of which was fluttered exclusively upon online scratch cards.

Meanwhile, none other than England’s children’s commissioner Anne Longfield found herself in the bizarre position of advocating on behalf of the majority of the gambling trade, when she told the Sunday Times that she thought it was “surprising, given the large, worrying and well-established numbers of children who problem gamble, that any gaming platform should have a lower age limit than any other.”

For its part, National Lottery operator Camelot has yet to publicly comment on the new calls for change, and has held to the line that minimum playing age restrictions should be reviewed at the time of the next licence period.

Peter Hannibal, chief executive of the Gambling Business Group, believes the National Lottery and in particular its scratch card products, have escaped the scrutiny of government and the Gambling Commission.

He stated: “The National Lottery is the most ubiquitous form of gambling in the country with products available to purchase in some 40,000 outlets, none of which are licensed gambling premises.

“A 16-year old attempting to gamble on any other platform is quite rightly classified as being vulnerable by the Commission but not when he/she legally purchases a National Lottery product. This isn’t a small issue as the latest available figures show that 16 and 17-year olds spent close to £50million on National Lottery games in the course of a year. The National Lottery should not have a lower age limit and the minimum age should be raised to 18-years.”