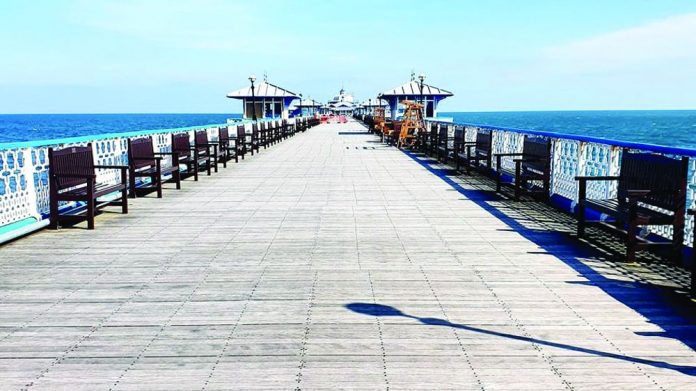 Tir Prince owner Adam Williams has said that a last minute decision by Conwy County Council to extend the closure of his business (whilst his competitors reopened) was “absolutely bonkers”.

Yet more criticism has been levelled at the disparate situation in Wales, where an apparent absence of leadership on the part of the devolved government in Cardiff has left local councils to make decisions on business openings which one of the country’s leading amusement operators has surmised as “absolutely bonkers.” The latest in a long line of aggrieved Welsh leisure stakeholders comes in the form of Adam Williams of Tir Prince Leisure Group, which operates both its eponymous amusement park as well as Llandudno Pier – both in North Wales.

Following guidelines set down by legislators in the Welsh parliament, Williams was anticipating being able to open both the pier and Tir Prince on July 6 – in line with other outdoor attractions throughout Wales. However, just days before staff at Tir Prince were scheduled to welcome back visitors, Williams was stunned to receive a call from a trading standards officer at Conwy County Council, saying that the consensus of the local authority was that Tir Prince park was not yet safe enough to re-open.

“We unfurloughed the staff and were getting prepared when I got a call saying we were not allowed to open,” he told local newspaper the Rhyl Journal earlier this week. “Apparently, as we’re a funfair we can’t open – yet in Rhyl the rides on the Children’s Village have opened.”

“Zipworld can open and Barry Island can open but we can’t,” he continued. “It’s absolutely bonkers.”

Williams believes that the bizarre u-turn may have been caused by council members misclassifying Tir Prince as a “travelling funfair,” rather than the award-winning, fixed amusements site that it really is.

“I think they missed the word travelling out of the regulations and I understand that because they’re travelling from town to town,” he explained. “Although I don’t believe we fit in the funfair category we’re being treated like second class citizens.”

Meanwhile, the sudden extension to lockdown for the company has forced Williams to contemplate how to best recoup the hundreds of thousands of pounds he has lost in revenue this year: with one option being to charge a small fee for entry to the pier.

“In the future we are planning to charge £1 to visit the pier,” he told the Daily Post, adding that OAPS, children, NHS staff and local residents would still be permitted free entry.

Llandudno Pier is to introduce a nominal fee for entry to the heritage attraction, part of efforts to recoup the significant losses incurred during lockdown.

Adam Williams, who also operates Tir Prince Amusement Park, will ask visitors for a donation of £1 in order to subsidise essential maintenance and the costs of making the pier Covid-safe.

“We have to find £300,000 from somewhere, we get no help from anyone,” Williams told The Daily Post. “We’re looking at this as a donation, it’s probably going to be a pound at most, OAPs free, children free, NHS free.”

“I never wanted to charge on here, I still don’t want to charge on here but we must ensure this pier survives, and the only way of survival is money, often. If we leave it too long then the amount of money to fix the pier is too big.”

Williams has installed over 400 new signs on the pier, a tannoy system, and new social distancing measures in preparation for re-opening.