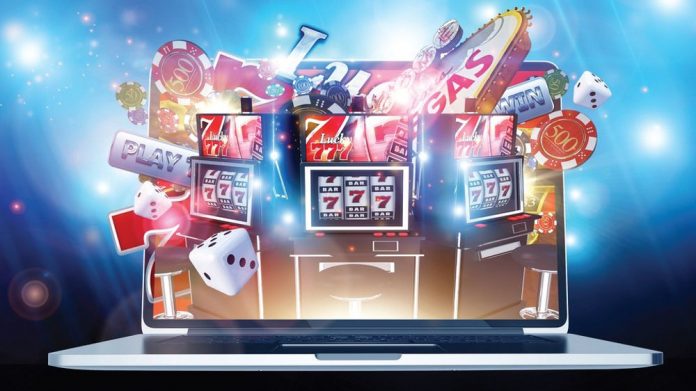 Behind the word consultation, the Gambling Commission is snarling, and online slots design is the primary target. Unveiling its request for submissions on the subject, the notice triggered concerns across the broader industry. One notable response came from the Gambling Business Group which senses that the GC consultation regarding a prospective clampdown on online slots is a grim foretelling of similar intentions for the landed gaming sector.

The Gambling Commission has issued another call for input and evidence submission in a new consultation process, which will focus around a potential long-term clamp down on online gaming.

The regulator already placed curbs on digital gaming services earlier this year: decreeing that so called “reverse withdrawal” player options should not be permitted through the period of lockdown, for fear of adverse effects on a small cadre of “engaged” gamblers.

But now the Commission is apparently pondering extending that measure indefinitely from September onwards, in addition to creating what it calls “a suite of new controls” specifically for online slot products.

“Our interest in online slots is because it is the largest online gambling product by Gross Gambling Yield (GGY) – played by relatively few but with a high average spend,” said a GC spokesperson. “Structurally it has a number of features which can combine to significantly increase intensity of play [which] means it poses a relatively high risk, reflected in its associated problem and moderate-risk gambling rates.”

“Slots is an area which has seen technological innovation in terms of product design and we expect operators to continually show an equal, and indeed greater, commitment to innovate in terms of consumer protection,” they continued. “Regulatory intervention needs to keep pace with this and the proposals in this consultation form part of a comprehensive package of work we are taking forward to make online gambling safer.”

Those wishing to submit evidence to the Commission as part of their latest consultation can do so through the official Gambling Commission website.

Clampdown online sure to spill over to landed, says GBG

The head of industry advocacy body the Gambling Business Group has suggested that a proposed clampdown on online slots proposed by the Gambling Commission is unlikely to be exclusive to that sector if left unopposed.

The regulator put out a call for evidence this week in a new consultation process over its proposal to both extend the ban on reverse-withdrawals for online slot players, as well as institute a “suite of new controls” aimed at reducing “high average spend” on remote slot content. But responding to the announcement of the consultation, GBG chief executive Peter Hannibal said that the Commission’s latest initiative represented “the culmination of work done in the GC’s working group with gaming designers, and also from ‘advice’ provided from the interim ‘Experts by Experience’ advisory group that they are now consulting with. We should all note that despite the existence of the working group, not all of the GC’s proposals have been ratified by the Games Designers.”

Hannibal concerns are not without foundation; the Commission’s latest partners are hardly industry allies, labelling themselves as they do as “people who have suffered a wide range of gambling harms…including those who have lost children to gambling suicides.”

Hannibal then went on to issue a stark warning to landed industry stakeholders.

“The Gambling Commission have still yet to report back on their call for evidence on Cat B machines from the turn of last year, which we already know will be followed closely by another consultation on their proposals for those products …no doubt these proposals will also be ‘advised’ by the ‘Experts by Experience’.”

Of further concern meanwhile, the GBG chief suggested that the latest proposals from the Commission’s three working groups seem to gauge the “success” of any new regulation of slot content exclusively with its ability to hamper key performance indicators.

“Please be under no illusion,” surmised Hannibal, “the blunt evaluation for these proposals does not expect any increase in customers through providing safer products – only a reduction in income.”