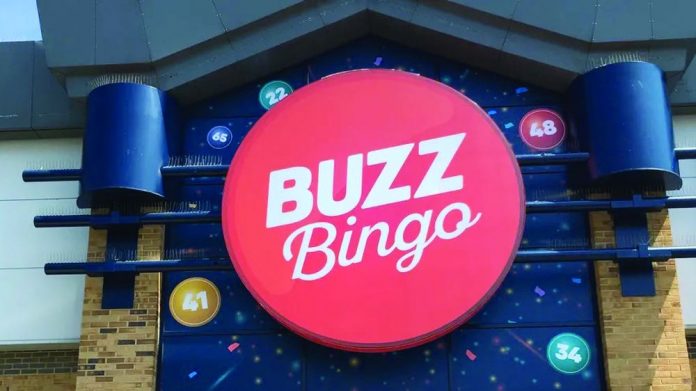 It was the kind of news no-one wanted nor expected, but Covid-19 claimed another victim from the industry this week as Buzz Bingo, considered in the prime of its health pre-coronavirus, found itself in the grip of a CVA. Club closures, staff lay-offs and a business re-structuring will be swiftly implemented in an attempt to salvage one of bingo’s leading high street powerhouses.

The impact of lockdown and almost 17 weeks of enforced closure has taken a heavy toll on Buzz Bingo. The company entered into a Compulsory Voluntary Arrangement this week to restructure its retail estate. A total of 26 clubs will be closed permanently and some 573 members of staff could potentially lose their jobs. ‘Constructive dialogue’ is underway to negotiate more amenable rents in many of the remaining 91 Buzz Bingo clubs, and for the remaining c. 2,900 employees, re-opening hopefully starts in three weeks.

But the buzz around the bingo sector is one of sober consideration. For Buzz to fall into a CVA would have come as a surprise to most; for it to fall into a CVA without a giant push would have been a shock. And that shockwave commenced on Saturday 21 March when lockdown started, and continued to shake the Buzz business for 120 days whilst government steadfastly refused to allow bingo clubs to re-open, and failed to provide a serious antidote to rents that dropped off the radar of affordability during the period of closure.

Despite taking advantage of the government’s furlough scheme, the lack of revenue at Buzz was outweighed by continued ongoing bills; it was a tale familiar to every business in lockdown Britain.

And it was one that Chris Matthews, chief executive of Buzz Bingo, had to resolve swiftly.Announcing the news, he explained: “The ongoing pandemic has had far-reaching consequences for the entire leisure and hospitality sector and an immediate and significant impact on our business.

“Following a thorough review of our options, the proposed CVA will restructure our retail portfolio to ensure we are well positioned for a return to growth, while adapting to the ongoing, challenging environment as we start to re-open the majority of our clubs”

On the operational side, Buzz intends to commence the reopening of its clubs from 6 August, but it is fully aware that the recovery will be slow. In its official announcement, the company stated that “it expects that it will take time for footfall to return to pre Covid-19 levels due to social distancing measures and customer confidence to socialise indoors taking time to rebuild, particularly among Buzz Bingo’s customer group.”

Prior to that the CVA technicalities will continue. Buzz will seek creditor approval of the CVA proposal which is due on 3 August and the online business will continue to trade as usual during this period.

PLAYING FOR A FULL HOUSE – ANALYSIS

Buzz Bingo is keeping a positive outlook on its current plight. The language, the posturing and messages to the market are all re-assuring. And despite the CVA, there are prospects of hope for Buzz – it has 91 clubs waiting to be opened. However, the trends are not so uplifting for the sector in general – bingo has been at the sharp end of stifling and constraining regulation for decades. It is the one gaming sector that desperately needs a real and fairer shake-up in the Gambling Act review.

Evidence of this has come from Mecca Bingo recently, whose owners Rank unveiled lukewarm forecasts for the business and a question mark over 12 of its own bingo halls.

And in Blackpool, the Empire Bingo Hall closed last month due to the untenable demands of social distancing.

For a sector that provides such a huge boost to the UK’s high streets and local communities, it gets a very rough deal from both the government and the regulator.

If ever an industry needed an effective lobbying campaign, it’s this one. Unfortunately for Buzz, it’s lobbying its creditors for support rather than a government which it needs to address the tax and regulatory anomolies that have hit the bingo sector so hard.