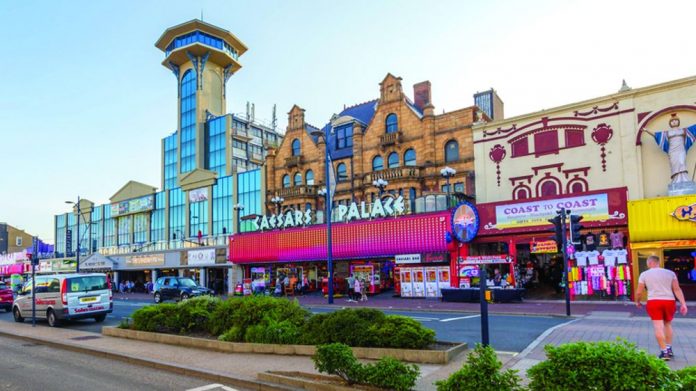 Thousands of visitors returned to Clacton Pier over the weekend, following the longest closure of the iconic attraction since WWII.

With the pier bearing a government-approved We’re Good to Go safety standard, staff were able to use the opportunity to put months of hard work to the test.

“It has been a lot of hard work to get all measures in place, but people responded well, followed the guidelines and used the sanitisation equipment that we provided around the landmark,” said director Billy Ball.

“We were very encouraged and are now confident that we can run a business in this tricky situation without compromising people’s health and safety – provided they stick to the rules.”

“After months of almost silence on the site it was fantastic to have our attractions working again and families having a great time.” “There were lots of happy smiling faces and that is what we want to see.”

Harbour Lights Amusements marked its first day of re-opening with a special thank you to loyal customers who made sure to support the arcade as it returned to business.

“We are absolutely blown away today with how many of our lovely friends came back in on our reopening day,” said the arcade via social media. “We have covered miles today with our disinfectant and cleaning and still had time to make it a fun and friendly day.”

“We would like to say a very big thank you to today’s visitors. Despite more shops and pubs opening they chose to spend some time with us on reopening day which meant a lot to us.”

The Fleetwood site installed an extensive range of customer protection measures prior to 4 July, with the arcade now open daily from 11am.

“Very steady” for Caesar’s Palace on first day back

Caesar’s Palace was one of the first Great Yarmouth arcades to push up its shutters on 4 July, with manager Terry Duncan stating “it’s just nice to be open.”

Talking to the Great Yarmouth Mercury, Duncan observed how residents are showing their support for local businesses, as the Golden Mile begins its return to normal.

“Hopefully we’ll get a few weeks under our belt. We have eight weeks before the kids go back to school.”

With footfall becoming “very steady” as soon as the doors were open, Duncan and his team were also kept on their toes ensuring the utmost safety measures were maintained.

“Every time somebody touches something, we have to clean it.”

“It’s a learning curve. We’ve brought extra staff on today, more than on a normal shift.”