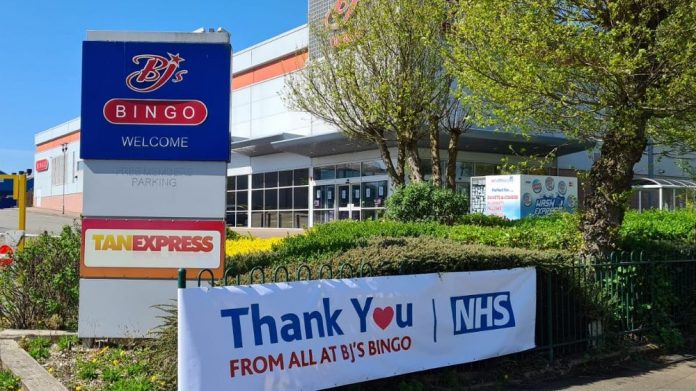 UK bingo has one of the toughest tasks ahead in terms of getting Covid-ready; its demographic and role in the community is a key challenge for operators. But the sector has responded with a blend of caution and vigour to ensure that it’s a full house, if not in numbers, definitely in spirit.

Bingo operators across the UK have begun a phased re-opening of their clubs as lockdown restrictions ease, allowing customers and staff to return safely.

First to open the front doors were Beacon Bingo, BJ’s Bingo and Mecca Bingo who began re-opening this week, with venue openings staggered in order to ensure consistent guideline adherence.

It was BJ’s Bingo who came out of the blocks first with its Kitts Green opening on 4 July, before BJ’s Leigh opened on 6 July, and ahead of BJ’s Reading opening on 9 July.

Beacon Bingo re-opened its Lowestoft, Cricklewood, and Northampton venues on Monday 6 July, ahead of Redcar and Loughborough clubs.

For fans at both bingo grops, social distancing revisions were in place and the halls were running at around 25-30 percent of their seating capacity, according to Bingo Daily reports. “ Other changes like groups limited to 4 persons, one way systems, and limited food options listed on the Beacon Bingo Northampton website appear to be the new norm in clubs,” the website confirmed.

At Mecca Bingo, 36 clubs were due to re-open, but the future return of 12 other venues remains in abeyance.

The story at Beacon Bingo

Mark Schertle, chief operating officer of Praesepe, said:“Surveys were conducted with customers and it was reassuring to discover that so many of them are eager to get back to Beacon Bingo.We are excited to finally have some light at the end of the tunnel and are very much looking forward to reopening on July 6. “This campaign will allow us to welcome staff and customers back and, although it will be different to before, we will be making things safe and comfortable so people can enjoy their visit. “Many customers are just looking forward to getting out and about, and being able to access entertainment again.” 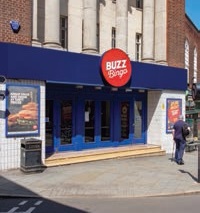 The UK’s largest retail bingo operator, Buzz Bingo, has confirmed that it will begin to reopen clubs across the UK from 6 August, “with enhanced safety measures to keep customers and colleagues safe”.

Buzz will commence with 12 openings, including Aldershot, Coventry Savoy, Nottingham Top Valley and Tooting, with the remaining 115 clubs set to follow in due course.

“Our clubs are at the heart of local communities,” said Buzz Bingo CEO Chris Matthews.

“We only wanted to re-open when we were sure we had done everything to keep our customers and colleagues safe.”

The new norm at Buzz will include a maximum capacity, markers on the floors, perspex screens between machines and fixed gaming terminals, contactless card payments and an extended Buzz Buddies support for elderly and vulnerable customers.