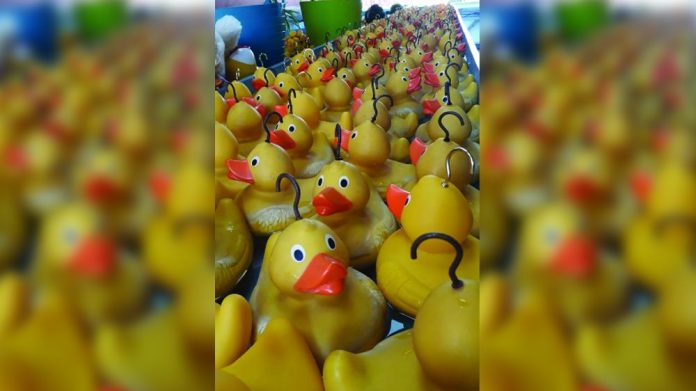 Eastern promise: The story of re-opening on the east coast

Amusements across the UK went “above and beyond” to ensure the safety of their staff and customers on ‘Super Saturday.’ Coinslot took a look at how two east coast resorts – Southend and Skegness – took up the Covid ready challenge.

This was never going to be easy, but then July 4th was independence day for the bulk of the amusements industry, and re-opening was clearly a challenge worth facing up to.

In Southend, a fast emerging town which has really felt the economic force of coronavirus recently, it was a case of incorporating customer feedback, industry- leading technology, and careful, phased re-opening, as operators ensured every detail was in place to prevent any spread of Covid-19 during the reopening schedule.

“The feedback has been brilliant,” Adventure Island owner Marc Miller told The Echo. “We had all the staff in for a big question and answer session, which went really well.”

The amusement park installed 220 hand sanitising stations ahead of re-opening, and saw between 50 and 60 customers queue to be one of the first through the gates.

And there was no doubting Miller’s determination: the business unfurloughed about 450 staff and the park has set about the task of recruiting an additional 25 new people.

Along the way, Star Amusements has been busy developing a proprietary QR code to allow customers to easily register details before entering one of their six seafront arcades.

“It’s a secure registration form so you just put in your name, telephone number and address for the NHS track and trace,” said operations manager John Joseph.

“Some companies use clipboards and paper, but this felt like the best for the customers and the most effective way to be secure.”

It’s a process that has been well received by visitors, and one that Star has invested in. Joseph told local newspaper the Echo: “Everyone has been respectful to the rules since we opened, we’ve got an extra member of full time staff and three full-time cleaners in this site.”

“We’d rather be over cautious than under cautious.”

The results from the weekend are more a signal than a barometer; that needle did not shift much for the reopening. The weather was distinctly unhelpful for business – cloudy and hovering in the late teens – but visitors played their part in a return that even the local police were pleased with; no major instances to report and praise the industry their customers “working together” to ensure a compliant re-opening.

The new normal in Southend saw queueing, sanitising and social distancing; the seafront saw footmarkings; cafes and restaurant staff wore visors and masks, and arcades had dividers, one way systems and hundreds of hand sanitising stations.

Southend was ready for action.

Adventure Island gets its ducks in a row for re-opening

The Coronavirus lockdown seemed to have passed like water off a duck’s back for some residents of Southend, as Adventure Island’s Hook-A-Duck mascots were returned to their places ahead of reopening.

Though they have been in storage since the park closed its doors on 21 March, the ducks appeared no worse for wear for their enforced captivity, as attractions reopened on 4 July.

“Back where they belong, and ready for tomorrow,” commented Adventure Island’s Carl Stacey, ahead of what was termed ‘Super Saturday’ by amusement, leisure and hospitality operators across England.

Could this be the first instance in history of amusement operators finding joy in seeing such a build up of bills?

Skegness changes the narrative on independence

In Skegness, the effort to get Covid-ready was a serious one. The seaside resort was pictured on the front pages of the nationals back in April as a town where people were flocking to with abandon. That was not an accurate report, but it stirred a town desperate for tourism to make sure the next story was an accurate reflection of their hard work. 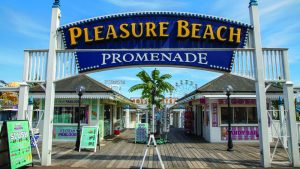 Among those leading the way was Botton’s Pleasure Beach opted for a phased return to business, with site manager Mitchell Powley telling Lincolnshire Live “we’ve only opened one arcade so far just to see how it goes.”

“It’s cost us thousands just to get this place re-opened – we’ve had to go above and beyond with the social distancing and sanitisation.”

That investment brought a steady flow of visitors, and the operator was happy with that for the moment. In a way it’s good,” he told his local paper, “because it gives us a chance to ease back into it.”

And the town’s popular arcades were also winning praise for their endeavours. According to the newspaper’s commentary, they were impressed: “The arcades had sanitising stations and one-way systems,” the report confirmed. “In some cases, machines had been made out-of-order to help prevent people getting too close, but the penny falls and other games were up and running.

“Each arcade that Lincolnshire Live entered – as well as Botton’s Pleasure Beach – did temperature checks at the door, where anyone recorded at above 38C would have been turned away.”

The temperature outside was somewhat lower on re-opening day, but it was enough for Skegness to show the outside world that the resort’s amusements industry is taking its re-opening responsibilities very seriously.