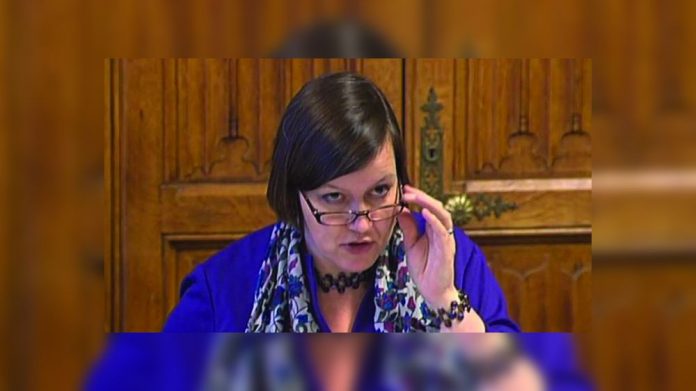 A new report by government auditors has lambasted the Gambling Commission as in need of “radical overhaul,” with accusations that it is “toothless” with an “unacceptably weak understanding” of problem gambling.

The critique, penned by the National Audit Office’s Public Accounts Committee, comprising 16 MPs from across the House of Commons, ruled that the regulator was failing in its duty to protect vulnerable players, and pointed a finger at its parent body the DCMS, calling it “complacent.”

The PAC’s primary beef with the regulator seemed to be the fact that it allegedly “consistently lags behind moves in the gambling industry” and that it has “no key performance indicators” to work towards with respect to reducing gambling-related harm.

The committee’s role is to assess the effectiveness of government spending on its various ministries and departments, and an accompanying statement to its latest paper from chair Meg Hillier MP (pictured) represents the most damning criticism of the Commission since it was indicted as “not fit for purpose” by problem gambling APPG head Carolyn Harris earlier this year.

“What has emerged in evidence is a picture of a torpid, toothless regulator that doesn’t seem terribly interested in either the harms it exists to reduce or the means it might use to achieve that,” said Hillier. “The Commission needs a radical overhaul: it must be quicker at responding to problems, update company licence conditions to protect vulnerable consumers and beef up those consumers’ rights to redress when it fails.”

The committee went on to call on the DCMS to “urgently begin its long-planned review of the Gambling Act,” and said that it expected the department to layout a timetable to this effect “within three months of this report.”

Meanwhile, sensing the looming prospect of a more heavy-handed, reformed regulator, the gambling industry’s fresh faced trade association the Betting and Gaming Council – the body born out of the wound-licking misery of the FOBT war that decimated its own sector three years ago – quickly issued its own response to the PAC’s comments.

“Our industry is already heavily regulated,” said a BGC spokesperson. “We mustn’t drive customers to offshore, black market, illegal operators that don’t have any of our safeguards, and we do want to see more action taken against the unregulated industry.”

It was a message as accurate as it was ironic; the forebearer of responsibility for the betting industry back in the bad old days of the FOBT was not as responsive nor reasonable. And now, equipped with both wisdom and a far weightier sense of responsibility, the right words may not be resonating in the right circles of power.

The BGC warning, as correct and valid as it may be, is probably a little too late. The PAC report did not hold its punches and was seemingly not in the mood to listen.

Yet it was a a public accounts report; a review of how public money is being spent by government bodies and regulators. Its steamrolling into the core issues of problem gambling may well be questioned, and indeed they currently are, but it’s all about the money, how much, how effective and how strong a return the government gets.

And that’s where the Gambling Commission comes into the firing line. The return was, for the PAC, pretty poor.

For its own part, tail hanging firmly between its legs, the Gambling Commission has released its own statement to the report – claiming that it remained “committed to making even further and faster progress” in the months ahead.

It was a statement the committee probably expected to hear; after all, it described the Commission in that highly under-used term as ‘torpid’. A sure sign, maybe, that the scent of blood hounded out by the pack of MPs on the PAC, could well become a hunt.

The Gambling Commission is being let loose and it’s not the industry that’s hunting it down.

Gambling Commission response: “We accepted before the Committee that there is always more to do”

A spokesperson from the Gambling Commission said: “We are committed to making even further and faster progress to address gambling harms and were already addressing a number of the issues highlighted by the National Audit Office earlier this year.

“Over the past two years we have strengthened player protection measures, tightened the regulation of the online sector, introduced strict age and ID verification checks, brought in a ban on gambling with credit cards, and been tougher through our enforcement activity. In recent weeks we have also established an Experts by Experience advisory group who will help us to strengthen our efforts and help ensure we make an impact where it matters.

“We accepted before the Committee that there is always more to do and we are carefully considering the findings of their report to see what other additional steps we can take.”

Bacta response: “It is important the gambling industry has an effective regulator that can work with industry”

John White, chief executive of Bacta said: “The PAC Report has identified some serious shortcomings in the performance of the Commission.These are constructive criticisms and I look forward to seeing how the Commission responds.

It is important the gambling industry has an effective regulator that can work with industry to keep gambling crime free, fair and above all safe.

At the same time an effective Commission should facilitate the innovation that keeps gambling safe and enjoyable for the vast majority of people.”

A spokesperson for the BGC said: “The Betting and Gaming Council was established last year to drive up standards across our industry, and we are determined that this is a race to the top.

“We have voluntarily introduced a range of measures from advertising restrictions including a whistle to whistle ban, a requirement for 20 per cent of all advertising to be safer gambling messaging, cooling off periods on gaming machines, encouraging deposit limits, monitoring play and spend, restricting and closing hundreds of thousands of accounts with new ID and age verification checks and massively increasing funding for research, education and treatment.

“Nearly 30 million people enjoy gambling occasionally, whether that’s on the National Lottery, bingo, sports or gaming, and the overwhelming majority of them do so safely, and our industry supports over 100,000 jobs and pays over £3 billion in tax each year. “The industry is working hard to raise standards to help problem gamblers and those at risk, though we note that both the Regulator and the Government have made it clear that there is no evidence that problem gambling has increased.

“Our industry is already heavily regulated. We mustn’t drive customers to offshore, black market, illegal operators that don’t have any of our safeguards, and we do want to see more action taken against the unregulated industry.

“We are committed to making more voluntary changes and driving up safer gambling standards. We will work with the Gambling Commission and the Government to achieve this, particularly on the forthcoming Review of the Gambling Act.”

RT @cleanupgambling: This report shows why the need for gambling reform is urgent. Our laws were written before smartphones even existed, and mention betting by post more than online gambling. The industry has since exploded and the regulator is no longer fit for purpose

Question to the Minister: To ask the Secretary of State for Digital, Culture, Media and Sport, whether the Gambling Commission exercises quality controls over its list of entities which are entitled to receive research, education, prevention and treatment funding.

Gambling Commission is not fit for purpose. Both GC and the government are being completely out paced by the gambling industry.Our Gambling legislation is out dated and must be urgently reviewed and thr regulator overhauled. GOVERNMENT must surely now be spurred into action

“The issue of gambling harm is not high up enough the Government’s agenda. The review of the Gambling Act is long overdue and an opportunity to see a step change in how problem gambling is treated.

The Department must not keep dragging its feet, we need to see urgent moves on the badly needed overhaul of the system. Regulatory failure this comprehensive needs a quick pincer movement to expose the miscreants and strengthen those they harm.”