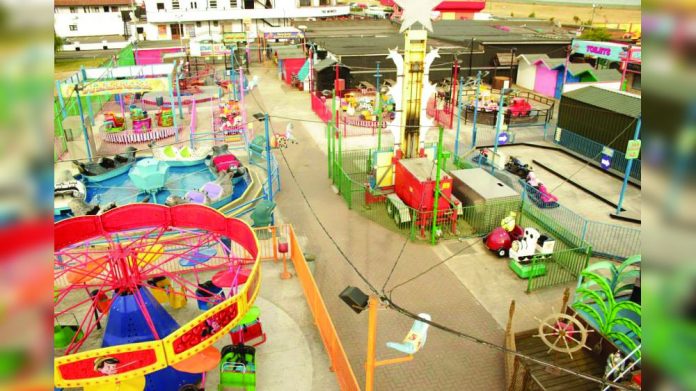 The owners of Leisure Island Fun Park have been flooded with public support, after announcing that a dispute with Castle Point Borough Council was forcing them into closure.

An apparent dispute between Leisure Island Fun Park and the local council in Canvey Island has led to the shock announcement that the park will close its doors for good.

A statement posted by the management of Leisure Island, which is situated on Canvey’s Eastern Esplanade, said last week that “circumstances out of our control” had led the park to the “difficult decision” to close – adding that it was “so disappointed…[that] this was the only decision we could make.”

“We would like to thank all our visitors and guests over the years for their support and wish you all the best in the future,” the owners added.

This message had barely been up on Facebook for a few hours before it had been shared and responded to literally hundreds of times – with people pledging financial support and other fundraising efforts to keep the popular park open.

This prompted management to release a further statement thanking the public for their “overwhelming support,” and clarifying that the decision to close had been “by no means financial,” but was a by product of the park “wanting to move in one direction and the council in another.”

Whilst not publicly revealed in full, the crux of the park’s concerns seem to hinge on a debt dispute with local authority Castle Point Borough Council. Tellingly, such was the degree of genuine support on social media for the park’s owners that in an update to its original posting, Leisure Island this week confirmed that it had received a phone-call from council leader Norman Smith – who claimed to be “unaware” of the park’s issues with CPBC and who promised “step in as leader and look at our issues.” To this end, a meeting between senior council officers and park executives has been scheduled to take place this week – raising hopes amongst the community that the park may yet again re-open.

And the response to this fresh glimmer of hope has highlighted how highly regarded the attraction is amongst the people of Canvey.

“Oh this is great to read,” wrote one local on Facebook. “You really do bring so much happiness to so many families not just in castle point but way beyond!” “The support is because you are all very valued,” added another, in response to the owner’s claim that it had been “emotional” to be on the receiving end of such grassroots appreciation. “You’re an appreciated part of our community in Canvey and we hope that it all gets sorted out in your favour.”