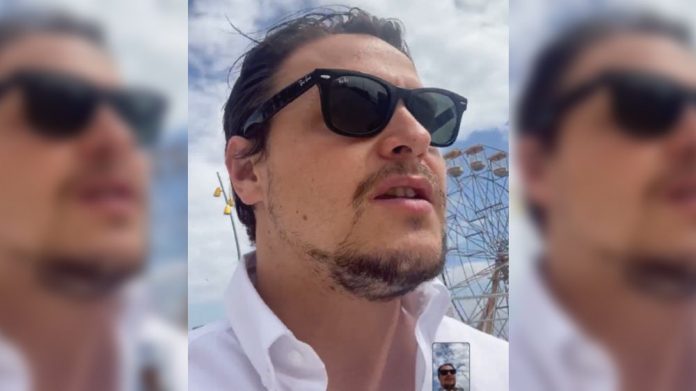 The Bridlington Leisure Association has celebrated the re-opening of the town’s £4.5m esplanade as it nears completion, noting it will help prove once and for all that “Bridlington’s got everything.” And backing the plan were industry figures Reece Holland.

Bridlington Leisure Association has taken to social media to thank East Riding Council for its support in re-opening the new, multi-million pound esplanade that forms the heart of the town’s leisure offering.

Releasing a video on behalf of the business group, amusement operator Reece Holland highlighted the ongoing investment of the local authority, and its role in helping Bridlington regain its reputation as a popular resort.

“We’ve been fighting tooth and nail for a number of weeks to get the esplanade back open, as we’ve had some glorious weather,” said Holland on 19 June, via Facebook. “They’ve spent £4.5m on a brand now esplanade, and it’s been closed up until now, but we’ve finally got it open today.”

“It’s only temporary, but a big thank you to Denise Cowling and Simon Button and all the members of the East Riding Council who have taken part in helping us out… they’ve spent all this money doing this work for us, and we’re really going to feel the difference.”

Construction on the esplanade project, which runs from the corner of Prince Street and Garrison Street to East Riding Leisure Bridlington, began in September and was due for completion this summer, however Coronavirus caused the final stages of building work to be delayed.

Now builders have returned to the site, ensuring a pathway is kept clear at the northern end of the pedestrianised area in order to allow residents to visit.

When the development was first announced, council cabinet portfolio holder for strategic management Councillor Chris Matthews stated “this project will help create a public space that residents can be proud of and that make a positive impression on visitors, which is vitally important in supporting the town’s tourism industry.”

Announced as part of a town-wide regeneration scheme partially funded by the Heritage Lottery Fund and the Government’s Local Growth Fund, the esplanade is already garnering a positive reaction from both visitors and local business owners alike.

“We’ve got as many ice cream shops as you want, fish and chip shops galore, nightclubs, pubs, karaoke bars – now we just need the government to say we can open, and we’re on.”