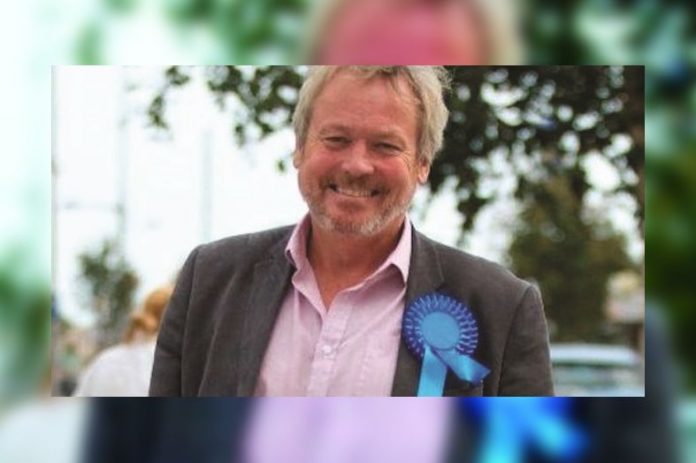 The government has finally ended lockdown for the arcade sector giving the green light to re-open on Saturday 4 July. But that was looking decidedly dodgy just seven days ago, until intervention from dozens of MPs on behalf of their constituency AGC operators went into action. Leading the way was Clacton MP Giles Watling.

Clacton MP Giles Watling led last week’s parliamentary campaign urging the government to enable AGCs to open prior to 4 July. The Conservative, who was elected to represent Clacton in 2017 and increased his majority in the December general election, coordinated a cross-party letter to the Prime Minister calling on him to find a safe way to bring forward the date of AGCs re-opening, garnering the support of 38 colleagues who joined him supporting his campaign.

In a communique posted on his official web site, Watling told constituents that AGCs in Clacton formed a part of the resort’s vital tourist offer, highlighting the fact that businesses had spent much needed funds on mitigating risks to customers as well as absorbing the costs of bringing staff off furlough.

He confirmed: “The delayed re-opening of AGCs is a devastating development for our tourist towns. Many local AGC operators, who have contacted me, have expressed confusion and concern that the games found in their premises, the hard surfaces of which seem to have contributed to this prolonged closure, are now accessible in newly reopened LBOs. So, there appears to be no logical reason for this prolonged closure.”

“The industry now faces redundancies and a loss of business, which will lead to further decline in our coastal resorts. Moreover, AGCs can be found on every high street up and down the country. These businesses employ thousands and need to be supported. The best way to do that is to get them open safely as soon as possible. For many owners, closure and furlough cannot be maintained for much longer. And let us not forget that the Government – ultimately the taxpayer – is now paying to maintain staff on furlough who could safely return to work.”

Manning’s Amusements director Charlie Manning provided some important context to the business costs he had incurred in an interview with local paper, The East Anglian Daily Times. He said: “We have been preparing by investing in PPE, we moved all our machines further apart and we had staff at one of the centres back so they could be trained.

“That might not have gone to waste but now we have to wait almost three more weeks, that’s three weeks the betting shops have got that we haven’t. AGCs are generally smaller businesses than the bookmakers, so you would have thought they would want us open sooner. It’s quite hard to fathom why they made this decision.”

Clacton Pier director Billy Ball told the paper: “We have followed the Government restrictions to the letter throughout this very challenging period. It is a bitter pill to swallow and will cost us and others in our industry many thousands of pounds at a time when we need some income.”

Bacta CEO John White has heralded the role of association members in galvanising their constituency MPs to take their arguments to the heart of government. “The response was nothing short of phenomenal and we are all extremely grateful to Giles Watling for co-ordinating a campaign which involved 39 MPs signing a powerful letter to the PM. In total, we had what we believe to be well over 100 MPs argue the industry’s case, a lobby that we will be mobilising for future challenges not least the imminent review of the Gambling Act.”