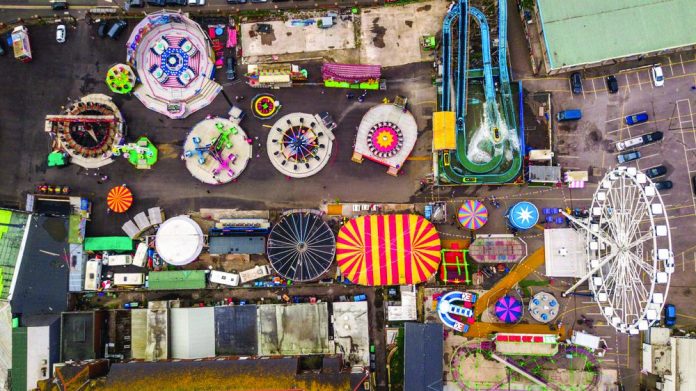 Henry Danter has stated Barry Island is ready to open now the industry has been given the green light, part of his ongoing drive to make the pleasure park “the most popular seaside resort in the whole of Wales.”

Henry Danter has confirmed the Coronavirus crisis has not dampened his ambition to make Barry Island Pleasure Park “the greatest show that Wales has ever seen.”

Speaking to The Dudgies vlog ahead of reopening, the park’s owner stated the iconic attraction is still on course to re-establish itself as the number one Welsh pleasure park.

“We’re constantly working seven days and seven nights a week to make this where it was 70, 80, 90, 100 years ago, when all the people of Wales – when they thought about a day out – their destination was Barry Island,” Danter said.

“I know that to be true because I was one of those people… from a very early age I fell in love with Barry Island. It is my true love and I’m doing everything I possibly can to bring it back to what it was to when I was a little boy.”

Detailing the new rides set to open in the park this year, Danter stated that the resurgence of Barry Island is “my pride, my vision, my ambition, and my life.”

“My daughter Kimberley said when I bought it – because it was the roughest seaside amusement park in the country – she said ‘Dad, have you bitten off more than you can chew? Is this too much for you, do you really want to do it?’”

“Sometimes in the last five years I thought she was probably right, but I’m no quitter, I’m not giving in. I set out to make it the best in Wales, and hopefully if I live long enough, I’ll achieve it. But we’re on track, we’re in front of our time really, for what we said we would do here.”

With the park set to welcome new rides in the form of Extreme and Star Flyer, as well as returning favourites Freakos, Wild Mouse and Frogs, and – “the best thing for thrill that a fairground has ever seen” – the Wall of Death, it’s fair to say Danter is certainly on course to offer visitors the experience of a lifetime.

“Barry was the most popular seaside resort in the whole of Wales, those days are coming back,” added Danter.