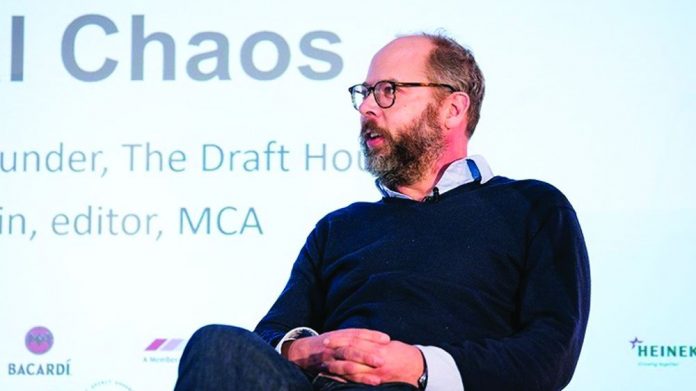 Charlie McVeigh, chairman of the newly formulated “Project Pint” movement, says that government should relinquish its “one-size-fits-all” approach and allow publicans – and possibly arcadians (?) – leeway to decide what truly constitutes a safe re-opening for their establishments.

Founder of the Draft House pub company Charlie McVeigh has said that the government should “get out of the way” and let publicans and restauranteurs decide on their own distancing and safety parameters throughout the period of re-opening.

With the founding of his Project Pint campaign, McVeigh has become an outspoken critic of “project fear” regarding Covid-19, highlighting in a recent interview with the Morning Advertiser that “for the vast majority of people, over 99 per cent, the virus does not pose a clear and present danger.”

To that end, McVeigh has levelled fierce criticism at prime minister Boris Johnson, who in the most recent session of prime minister’s questions referred to pub gardens as both “roiling” and “bacchanalian,” and held firm to the government’s position that pubs would have no exemption to the two-metre social distancing policy.

“A one-size-fits-all approach with respect to distancing is very likely to result in further bankruptcies and delays in re-opening,” he told the pub trade paper. “Pubs should be allowed to observe statutory and legal duties to keep our customers safe and let each operator interpret those guidelines as best suits their specific premises.”

McVeigh conceded that public opinion was against him, with polling showing the majority of people were still frightened of going out to any public place – and of the mind that the government’s road to re-opening was “too much, too soon.” But McVeigh was of the mind that the prime minister was too concerned with placating an overly-anxious British public, and ignoring encouraging data as to the course of the pandemic itself.

“My view is that we should be reintroducing the idea of risk in society, and that people should make their own judgements about what’s safe and what isn’t,” he argued. “I think once people feel safe and start to venture outside and be in the company of other people the voodoo of social distancing will be exposed for what it is – which is sort of a nonsense.”

“I’m fundamentally optimistic about our prospects as an industry,” he continued. “But I think government needs to get out of the way and allow publicans and restauranteurs to manage this process safely.”