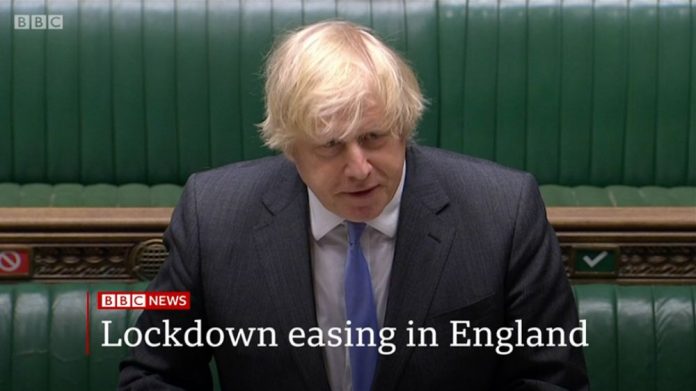 The arcade and amusements sector were given cause to celebrate on ‘Independence Day’ with Prime Minister Boris Johnson unveiling an extensive programme to ease lockdown this afternoon.

Arcades, FECs, bingo halls and pubs were given the green light to re-open on July 4, with the added comfort of a reduction in social distancing to 1 metre. Announcing the measures in Parliament, Johnson confirmed that the full details would be published later today and re-iterated that re-opening would be contingent on meeting all Covid-secure requirements.

A relieved Bacta responded positively to the news having spent the past week lobbying extensively to ensure the industry would be included in the list of sectors able to re-open. John White CEO said: “The Prime Minister has announced this lunchtime that arcades can reopen from 4th July in England. That includes both AGCs and FECs. I have no doubt that this very welcome news came as a result of the extensive lobbying we did last week following the AGC knock back ten days ago. Other venues listed alongside us in the legislation are to remain closed. I therefore want to extend my thanks to everyone single member for writing to your MPs etc. It made a real difference.”

The announcement also covered theme parks, campsites, caravan parks and funfairs. Less fortunate were bowling centres who’s leading lights Hollywood Bowl had been busy preparing for a re-opening in 11 days time. There was no guidance as to when lockdown would be eased for the bowling sector, nor casinos, indoor play areas, nail bars and tattoo parlours.

Meanwhile, pubs were delighted at the confirmation of re-opening. The sector had been calling on the government daily to provide a date, and that came from Johnson with the most important concession of all – a relaxation of the social distancing guideline to 1 metre.

Emma McClarkin, Chief Executive of the British Beer & Pub Association, said: “It’s great to see the Government adopt the WHO guidance and the examples of many other countries across the world who’ve safely reopened their hospitality sectors using one metre as their safe social distance measure. “This will enable many more pubs to begin to get back on their feet and will help save thousands of pubs and jobs. We estimate that this decision will enable up to 28,000 pubs to open. It allows pubs more space to operate in, which is a big help from a viability perspective too. I also urge Scotland, Wales and Northern Ireland to adopt the one metre guidelines to ensure consistency and ease of implementation across all pubs in the UK. We also look forward to hearing from each of them as soon as possible on the definitive dates for when pubs can open in each location.”

One area that will be closely monitored will be gaming machines in pubs with Bacta alert to the concerns of manufacturers. John White again: “The PM also said pubs can open in England from 4th, but with table service only and other requirements. We will speak with the pubcos to understand the implications for machine use.”

The rulings announced by PM Johnson only apply to England currently: Scotland and Wales have still to confirm their plans with Bacta already arranging a dialogue with Hollyrood ministers. “We continue to lobby actively in Scotland and Wales and today secured a call with influential Scottish Tourism Minister, Fergus Ewing later in the week,” the association confirmed. Around the industry the response was gratefully received. Mr P’s Classics Amusements, which runs operations in the south east, stated: “Massive thumbs up to the announcement today, not just to allow arcades to open on 4th July but also to the other leisure and hospitality businesses in England.”

Showmen campaigner Yasmin Parnham called it “great news”, and one tweet summed it up: “Amusement arcades can open? Thank you baby Jesus!”