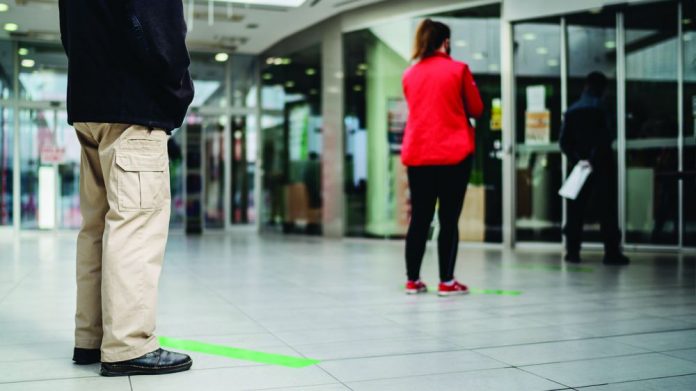 As the the Prime Minister states social distancing is “under review,” attraction and hospitality firms have stated the guidelines must be reduced to one metre in order to facilitate a profitable return to business.

Attraction and hospitality firms across the UK have called on the government to halve the two metre social distancing guideline, in order to make a reduced-capacity return to business profitable.

Stockvale Group, which owns Southend’s Adventure Island, has observed a reduction in line with the latest WHO advice could help the business recoup some of its lost income.

“Unless the current two metre social distancing is replaced with one-metre or the 15 minute contact rule, as has been suggested, it will make it very tough to operate profitably,” said executive chairman Philip Miller.

“We thank the government for their intervention with free business rates and the furlough scheme. However we still have rents to pay to the council, which they have kindly deferred for now, plus utilities, staff not on furlough and we are losing around £250,000.”

Though Adventure Island is slated to re-open on 4 July with a raft of new safety measures, a one-metre distancing guideline could be the difference between business viability and unsustainable loss, a fact echoed by UKHospitality chief executive Kate Nicholls.

“If businesses are opening at two-metres social distance, then they are opening at 30 percent of their normal revenues and we know for a quarter of our small hospitality businesses, they won’t be able to open at all,” Nicholls told the BBC.

“If they open at one metre with additional protections to make sure staff and customers are safe, then they can reach 60 to 70 percent of their normal revenues and that puts them at break even.”

The call to reduce distancing comes as Boris Johnson confirmed the two-metre guide will be “under review” until 4 July, however, as this is the date most attractions and pubs are hoping to re-open, any amendment could be too late to effectively put into action.

A recent report by the British Institute of Innkeeping also found that one in four pubs would be unable to open at all if two-metre distancing remains a requirement.

Though hospitality firms in Scotland could feel the benefit of observing how English venues adjust to reopening 11 days ahead of their own return date on 15 July, the Scottish Beer and Pub Association also joined calls to readdress social distancing guidelines.

“Under the current two-metre social distancing rules, we believe up to two-thirds of Scotland’s pubs will need to remain closed,” said CEO Emma McClarkin.

“It is imperative for the hospitality sector that the Scottish Government explores the World Health Organisation’s suggested one-metre rule for social distancing.”

Speaking to The Telegraph on 14 June, the Prime Minister stated “the guidance at the moment is, there are benefits in terms of preventing the disease from two metres.”

“Clearly, statistically those benefits while important, become less valuable as we get the disease down but what I don’t want to do, is sacrifice the huge efforts of the British people in beating this disease.”