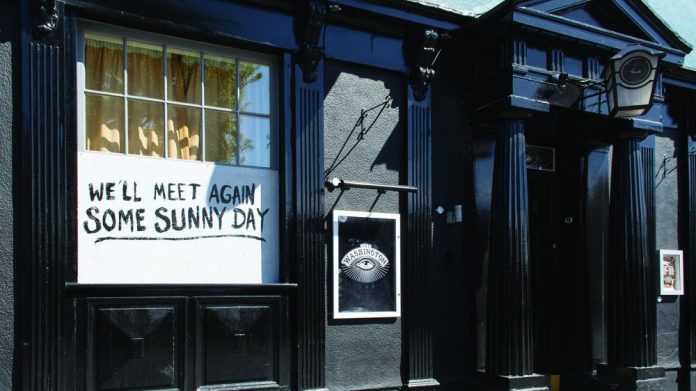 July 4 is the “earliest possible” date for UK pubs to welcome back punters…but hospitality trade associations say they are in dire need of a definitive timeline from government. With 17 days to go, and 21 days required for pubs to get ready, we have an arithmetics test that even kids that aren’t allowed to go to school are able to answer.

The British pub industry is still non-the-wiser as to exactly when pubs will be given the green light by government to re-open, or what form of social distancing policy publicans will be expected to enforce.

Despite crowded protests throughout the UK seeing hundreds of thousands of people congregating en-masse, the British Beer and Pub Association was forced to renew its request for a hard opening date for shuttered British pubs, after the best the government could offer was a statement from business secretary Alok Sharma that July 4 would be the “earliest possible” date for publicans to reopen their doors.

BBPA chief executive Emma McClarkin released a statement on Monday noting that the three-week deadline that the pub sector had repeatedly given ministers with respect to advanced notice of permission to re-open had passed at the weekend, leaving the trade effectively adrift and in dire need of clarification and proper scheduling from Westminster.

UKHospitality CEO Kate Nicholls echoed the BBPA’s sentiments, saying that confirmation of a re-opening date was required “without any further delay.”

“Businesses need time to prepare and the first step in giving them some much-needed clarity is confirmation of when they can open their doors again,” she remarked.

Incredibly, there is yet more confusion as to whether or not pubs will be held to the two-metre distancing policy applicable in every other public space in the country: with conflicting voices within the cabinet as to whether flexibility could be applied in the case of hospitality businesses.

Whilst Nicholls has welcomed parliamentary discourse on the still as-yet undecided matter, she added that “with less than three weeks to the proposed re-opening date…a crucial element of certainty is conspicuously absent.”

Meanwhile, as featured in pub-trade paper the Morning Advertiser, the real-time business cost of the government’s dallying on formalising the re-opening order was noted by the chief executive of the Fuller’s pub-company, who said he had until Wednesday to decided whether or not to recall furloughed staff and begin instituting new distancing measures.

“Without immediate and definitive confirmation from government that they will allow pubs to re-open by then, I cannot make this decision,” he told the paper. “This will delay investment, delay bringing our staff back to work to help plan our reopening, increase the costs for government and inevitably will mean that our pubs will not be able to reopen.”