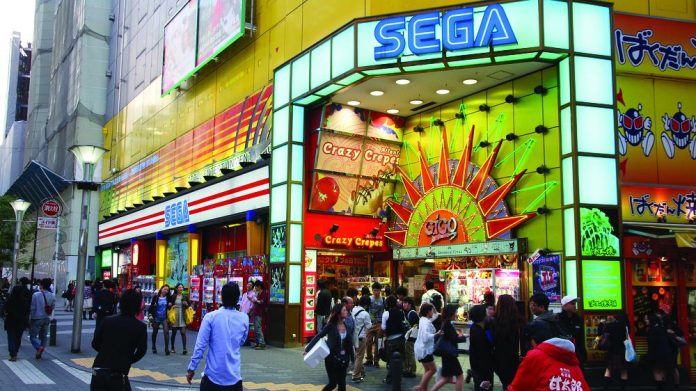 Marking its 60th anniversary, Sega duly started work on the next era with the launch of what media described as a “revolutionary” new product, its Japan-centric “Fog Gaming” concept.

The much-anticipated announcement from Sega, predicted by Famitsu to “rile up the industry” and coincide with the gaming brand’s 60th anniversary, has been revealed to be a new “Fog Gaming” concept for Japanese arcades.

The scheme will utilise the arcade games still hugely popular in Japan to form a cloud gaming network for players at home, during the hours the retail arcades are closed, based on the technology powering Sega’s All.Net competition platform.

“Those cabinets – and the decently specc’ed CPUs and GPUs inside them – are only in active use by players for perhaps eight hours a day at a busy location… the rest of the time, those machines could serve streaming gaming content to homebound players.”

The announcement was made shortly after Sega confirmed it will release a miniature version of 90s handheld the Sega Game Gear – complete with 16 titles aimed at the Japanese market.

The 80mm by 43mm console, developed by M2, comes in four colours, and features games such as OutRun Puyo Puyo 2, Royal Stone: Hirakareshi Toki No Tobira, and Sonic The Hedgehog.

The market had been bracing itself for the news ever since tech journal Famitsu teased the news as “a huge scoop” earlier this month.

“I interviewed a certain company’s executive and technical staff, it’s really revolutionary,” said reporter Zenji Nishikawa on 1 June. “It’s being talked about in other places, just not by the media. It’ll rile up the games industry.”

How much remains uncertain just now. With only a week passed since the news broke, British media are viewing the story through a long lens – for the moment at least.

One newspaper, The Metro, noted that the Japanese arcade scene is “still fairly vibrant,” and that Fog Gaming “seems a pretty niche concept”, most likely for Sega’s home market. But given 60 years of Sega history, exporting gaming ideas is their very special niche.